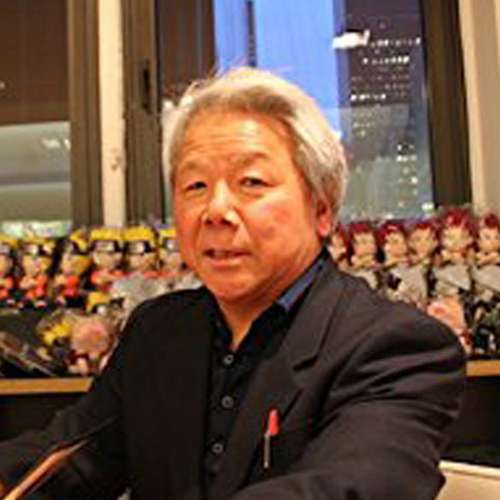 Hiroaki Sato is a translator, writer, and columnist. He, with Burton Watson, won the 1982 PEN American Center Translation Prize for their collaboration, From the Country of Eight Islands: Anthology of Japanese Poetry (Anchor Books, 1981; reprint, Columbia University Press, 1986). He also won the 1999 Japan-United States Friendship Commission Japanese Literary Translation Prize for Breeze Through Bamboo: Kanshi of Ema Saikō (Columbia University Press, 1997). His more recent translations of Japanese poetry are Miyazawa Kenji: Selections (University of California Press, 2007), The Modern Fable: Poems of Nishiwaki Junzaburō (Green Integer, 2007), and Japanese Women Poets: An Anthology (M.E. Sharpe, 2007). Among his prose translations are Legends of the Samurai (Overlook, 1995) and My Friend Hitler and Other Plays of Yukio Mishima (Columbia University Press, 2002). Persona: A Biography of Yukio Mishima (Stone Bridge Press, 2012) is his account of the life of the author who committed disembowelment in 1970; it was inspired by Inose Naoki’s request to translate his biography of the writer and playwright into English. Snow in a Silver Bowl (Red Moon Press, 2013) is his exploration of the Japanese aesthetic concept of yōgen. Sato’s books on haiku are One Hundred Frogs: From Renga to Haiku to English (Weatherhill, 1983) and Eigo Haiku (Haiku in English: A Poetic Form Expands, Simul, 1987). He translated Right under the big sky, I don’t wear a hat: The Haiku and Prose of Hōsai Ozaki (Stone Bridge Press, 1993) ), which comes with Cor van Heuvel’s preface and Kyoko Selden’s full introduction; and Santoka: Grass and Tree Cairn (Red Moon Press, 2002). He was president of the Haiku Society of America, from 1979 to 1981; adjunct professor at St. Andrews Presbyterian College (Laurinburg, NC) and the University of Massachusetts (Amherst). He made his living at the New York office of the Japanese trade agency JETRO, from April 1969 to June 2013, for the last six years, as senior research fellow. Since 2000 Sato has written the monthly column, “The View from New York,” for The Japan Times.