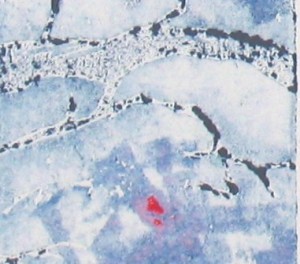 At the invitation of The Haiku Foundation, the Yuki Teikei Haiku Society will present on a regular basis a haiku with commentary from two of its senior members, Jerry Ball and Patricia Machmiller.

The Yuki Teikei Haiku Society was founded in 1975 by Kiyoshi and Kiyoko Tokutomi. Kiyoko studied Japanese literature with a major in haiku in college in Japan. Kiyoshi studied haiku after he lost his hearing in 1967. The primary mission of the Society is to provide information to haiku writers who are interested in studying the traditional form that developed in Japan as a way of grounding their development and to support their writing practice as they adapt the form to the English language and to a western sensibility.

The commentary is meant to stimulate discussion; Jerry and Patricia look forward to hearing from others about their thoughts on the selected haiku. The haiku selected for comment will be from submissions to the Yuki Teikei GEPPO.

In haiku friendship—
jb and pjm