haiku presented with commentary by the Yuki Teikei Society for discussion 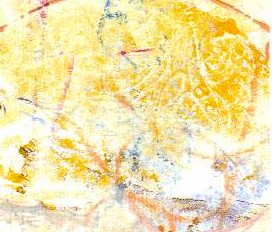 pjm: There are many parallels and contrasts here. The parallels: crickets are as old, older even, than the Greek language, meaning is being conveyed through cricket sound and through the carved letters, sound has “shape” and shapes in the form of letters indicates sound. And the contrasts: the liveliness of the crickets vs. the stillness of the letters carved in marble, the blurred inscrutability of the sound vs. the clarity of the carved letters. Or, contrariwise, the letters may have become worn and less readable with age while the crickets’ song is unmistakable and as distinct, as ever.

I’m not sure that I have plumbed the depths of this many-faceted haiku. I am still mulling it over. And as I do, I am aware that it is autumn. Perhaps the haiku can be read as the natural world vs. civilization—and the question of which will survive. Do they compliment each other? Or is one destined to outlive the other. The poet doesn’t explicitly say. But if the poet leaves the outcome unclear, with the choice of an autumn kigo to represent nature, he is saying that the time is late.