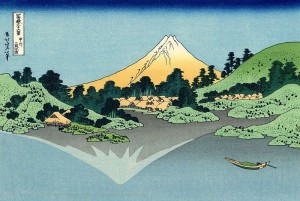 The Haiku Foundation is indeed a year old, and troutswirl is about 8 months old (does that mean it’s still in the womb)?

In any case, during the last 8 months, a tremendous amount of haiku have been shared through troutswirl‘s main sections (Virals, Envoys, Periplum, Sails, Headsets, Fluences, with more to come), Allan Burns’ Montage series, various other blogposts, and also, most importantly, through the comments you, as readers, have left to further and deepen the conversation (1,250 and counting).

The diversity of the haiku shared during 2009 was quite staggering, the range high and wide. All of which can now be viewed at THF Haiku Archives.

As a way to both reflect and celebrate this achievement, I thought it would be exciting to invite troutswirl readers to revisit this large collection of work and share a favorite from it.

What particular poem from the 2009 archive resonated with you most?

In addition, I thought it would be fun to ask you this: what was your very favorite haiku published in 2009?

Pull out those print-journal issues, reclick those e-zines, and share something that really stuck out for you.