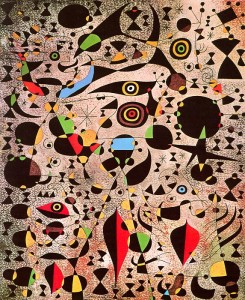 Yu Chang’s “birdsong” first appeared in The Heron’s Nest in May 2004 and has been among my favorites ever since. Sharing a completely credible miracle, the whole poem is a scrap of song that bursts into being with a plosive spondee. The music continues in a longer, faintly trochaic, line, whispered and sped along by two light stresses and two that are barely perceptible. The final satisfying iambs, connected by unaccented initial vowels, are like a bell and its echo. Sound and sense meld, allowing the reader immediate access to the poet’s delight.

As for content, Yu gives us just enough information, not a slice of life but a transparent sliver, not the tip of the iceberg but the tip of the tip. He doesn’t describe the bird, its song, or his imaginary lover. He doesn’t need to. The opening image stirs the senses and memory, expanding to suggest spring and all the physical manifestations of that season. Then, the gently endearing confession of the second line comes quietly, shyly, establishing an emotional connection with the interior life of the poet/speaker and affirming shared humanity. Like the rest of us, he has a strong desire to love and be loved and a fertile imagination. The third line encompasses grand sweeps of the speaker’s history and of human experience. There has been abject, absolute loss, a time devoid of the feelings astir in the poem. The imaginary lover has been dead, and death is final—unless there is resurrection. “Alive again” is a triumph of the human spirit, that mirrors and becomes one with the resurgence of natural life in spring—the birds and the bees, buds and sap, procreative instincts and creative energy.

Without reducing the images to symbols, some readers, especially other artists, will associate the imaginary lover with the muses, and birdsong with artistic output. Again the disparate parts connect and interweave, offering another level of recognition, and the theme of disappearance and revival rings true. The song can become the very voice and revelation of the lover.

But I didn’t need to tell you any of that. The poet has done his work well, honing to the essence, making the haiku simple, direct, and accessible, as well as profound. He risks revealing the personal, having recognized its universality. The poem is concise and compressed, but also strongly elastic. It readily accommodates the intellect and links to a broad cultural heritage. Yu never meant to keep it to himself but generously crafted the haiku for sharing, allowing us to take it for our own.

So, enjoy it over and over, in the ways that the speaker in Billy Collins’ “Japan” repeatedly savors a haiku by Buson. Place it beside one of Rumi’s poems honoring the Beloved, among Wallace Stevens’ descriptions of the imagination—or Einstein’s. Ponder it within the context of spring myths from many cultures, and surround it with the diverse religious traditions that include reports of resurrection from the dead. Bring it out in the cold silence of some deep-winter day, embracing full awareness of a planet in peril, and then consider the creative power of human imagination. Add it to your personal repertoire and pass it along to someone else. Haiku isn’t a cage. Climb a mountain with it or explore a rainforest. Let birdsong flow freely and variations of the imaginary lover live again and again.

As featured poet, Yu Chang will select the next poem and comment on it for Viral 5.3.