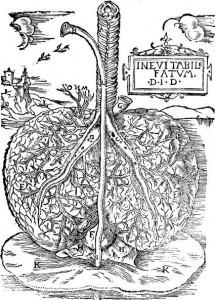 bare branches
I choose a layer
of blue silk

We make choices virtually every moment of our lives: big ones, small ones. Choices that have become so mundane that we are no longer even conscious of them. But we make them nonetheless. Oftentimes, we are overwhelmed by the variety of choices we have before us. The avoidance of making a decision is a decision as well, and has consequences. Some of our best decisions though are accidents or unintended, made in a second. From the gut. Inspiration.

All art requires making careful choices, even if they are sometimes spontaneous or out of the blue. The art of haiku, especially, requires careful and specific choices. And, though inspired by an instant or a moment of some kind, an image, a memory or memories, a deeply felt feeling or connection, or a flight of the imagination, the words to express and describe them don’t necessarily arrive as easily, but are instead considered and sculpted and, if one chooses, revised. In some cases, extremely revised. Sometimes we make those choices and decisions. And, if we are serious about our art, then those decisions are serious; and those decisions have consequences in some way or another — the words we choose, the sounds, the beats, the line breaks, or lack thereof. Sometimes though they choose themselves and decide what goes down, and what goes where.

Bare branches have always reminded me of human lungs, antlers and coral, which leads to breathing, and the concepts of extending, branching out, growth, oxygen, and ultimately life itself. The tree has also long been an archetype in mythologies all over the globe: in The Book of the Dead they are where souls of the deceased find blissful repose; from India there is the Bodhi tree beneath which Buddha attained enlightenment; in the Shintō religion of Japan, where nature is sacred, is the especially sacred sakaki tree (Cleyera japonica), an evergreen, and is found in Japanese mythology, literature, and sacred rituals; in The Holy Bible (The New King James Version) there are the two trees in Eden (The Tree of Knowledge/Wisdom, of Good and Evil, and the Tree of Immortal Life, the tree of the return), as well as the tree/cross Jesus was crucified on (metaphorically returning humanity to the tree of life/eternal life); there is also the “Christmas” tree tradition of Germanic paganism, symbolic of the continuation of Life through the cold and darkness of winter; and in Mayan mythology the Tree of Life (Yaxche), traditionally a Ceiba tree, was their axis mundi (navel of the world), and could be found at the center of most pre-Columbian Mesoamerican villages.

Yes, the bare branches also allow more sky, more blue, to be seen, and therefore connect to the choice of a layer of blue (soft, like a blue silk scarf, or perhaps an inner layer, something no one else could know about or see?). But this is only a literal interpretation and possibility, only one side of the coin. What if the sky behind and around the bare branches is instead actually cloudy and gray? What follows after the first line then becomes a kind of deep, and deeply felt, wish — an inspiration/decision influenced by a strong desire and need for warmth, for change, for the sunnier days soon to come and for the new leaves that are certain to come. They cannot come sooner for the poet here, revealing an inner thought from the core for clarity.

“Bare branches” also creates other things for the reader: a sense of atmosphere, the world around it, as well as a state of consciousness. And it does so creatively, with strong imagery, without being explicit or taking the easy route (“winter tree” for example). Seasonally, it allows its reader room to breathe. Whatever the case, those bare branches are full of life and motion, with leaves and buds, and perhaps fruit, to come, even though it might not be perceived on the outside. There are layers to the tree’s life unseen by the naked eye, layers to the sky and earth, and layers to the poet. In this haiku the core is touched and the layers connected and revealed.

As featured poet, Peggy Willis Lyles will select a poem and provide commentary for Viral 5.2.