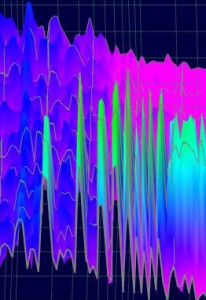 I won’t attempt to define this brilliant haiku: that would be a kind of vandalism. Haiku, when it truly works, is the depiction, the encapsulation, of a moment that could not be expressed so perfectly in any other way. A moment caught in passing, overlooked by a million others and oneself, a billion times. I will though, attempt to express a little of what this particular haiku does for me: it conjures the interconnectedness of the All. We have ‘bowl’ as thing, as person, as humanity, as magnolia tree in bloom. It speaks of brokenness en route to somewhere else, a new form, new movement, next stage. It honors, in the simplest, absolutely briefest of ways, life, in all it’s marvelous manifestations and processes. My sincere thanks to Penny Harter for this haiku and many others, it was hard to select just one. My thanks to the countless other haiku writing kindred spirits, personally known to me or not, from all parts of the globe and from a variety of times: selecting one was next door to impossible, yet I have enjoyed the challenge immensely, for it has required me to immerse myself in haiku and that’s a place I love to be.

“broken bowl” was first published in In the Broken Curve (Burnt Lake Press, 1984)

As featured poet, Penny Harter will select a poem and provide commentary for Viral 4.4.