Out of Kindness   by Dietmar Tauchner 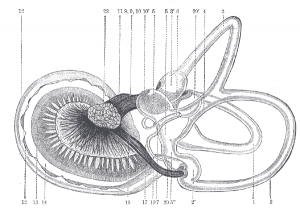 out of kindness now
I shout at my father
going deaf

This outstanding poem by the Australian poet Kevin Brophy is a striking and touching one. It overwhelms with different associations of family affairs, especially the relationship between an adult son or daughter (but rather son than daughter) and their old father. It provides what I’d like to call “an existential force,” a power that derives directly from our experiences in and with life—something that Bashō and his Shōmon school might have had in mind when they coined the term “fuga no makoto,” the truth of art, as a poetic advise/device, or, later on, Shiki, and his idea of composing haiku based on makoto (“truthfulness”).

Brophy starts his “serious senryū,” or “existential/psychological haiku,” with enormous skill by using a line that can be understood in different ways. “Out of kindness now” might have the meaning that kindness is the way of human interaction between adult son/daughter and father, or it might mean that the way of kindness has been abandoned. “Now” deepens this effective ambiguity, since it evokes either a change of feeling—the “I” might have shouted at his father previously out of anger, for instance—or almost the opposite, the end of a sort of kindness, avoiding hidden feelings like anger.

The second line—”I shout at my father”—provokes all the associations of a rude treatment of one’s father, but the third line calms down this angry emotion in stating that the father is going deaf and might need a loud voice to understand spoken words. In an amazing and intense way, Brophy captures the ups and downs of a lifelong relationship and expresses the ambiguous emotions for the father: anger and, finally, after all, kindness and compassion.

As featured poet, Kevin Brophy will select a poem and provide commentary for Viral 2.4.