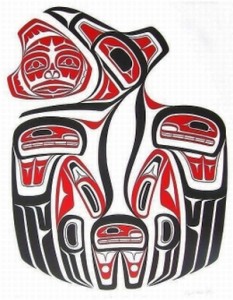 raven’s cry
all the partings
still to come

In reading this haiku of Dietmar Tauchner’s, which appeared in the anthology dandelion clocks (Haiku Society of America 2008) and was previously published in The Heron’s Nest (X:1, March, 2008), I was struck by its beautiful simplicity. I immediately thought of two well-known American poets, Edgar Allen Poe and Emily Dickinson.

The opening line’s plaintive cry evokes Poe’s poem “The Raven,” the well-known work that tells the story of an unwelcome visitor to a young man mourning his lost love.

The last two lines of the haiku call to mind Dickinson’s poem “My life closed twice before its close” (#1732, Little, Brown and Company, 1961):

So huge, so hopeless to conceive
As these that twice befell.
Parting is all we know of heaven,
And all we need of hell.

Tauchner’s haiku takes us into the realm of sabishi, the Japanese term suggesting loneliness or a sad longing. The feeling of loneliness in the haiku goes beyond the moment, reaching into both the future and the past. Contemplating “all the partings still to come,” the reader cannot help but think of those partings he or she has experienced. Each individual reader’s understanding of the haiku is colored by a personal history of separation and loss. It is this quality of sabishi which gives Tauchner’s eight words their depth and universal appeal.

As featured poet, Dietmar Tauchner will select a poem and provide commentary for Viral 2.3.