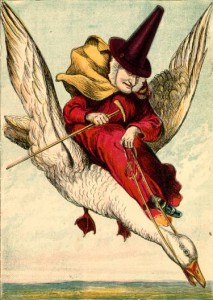 from here
to there
mother’s silence

Master Ogiwara Seisensui said that “a haiku is only one-half of a circle; it invites each reader to join the poet and complete the other half.” This quote seems to ring especially true in regards to the above poem by Roberta Beary, from her collection entitled The Unworn Necklace (Snapshot Press 2007), which, in 2008, was a William Carlos Williams Award Finalist (Poetry Society of America), as well as a winner in the Mildred Kanterman Merit Book Award (Haiku Society of America) contest.

This poem seems to be a test to our ability to imagine, as well as an intense invitation to dive into our life experiences and see what might possibly complete this puzzle.

Can the circle, in fact, be completed though? And is it necessary, or even desirable, to do so? It seems we can not help but try; that it is our instinct, our nature. So, in Beary’s poem, where is “here”? And where is “there”? Is it time? Is it space? Or is it both?

Allow me to imagine some possibilities.

Taking the brighter side first, perhaps we are outside, in a scene of warmth, amidst first blossoms or autumn foliage, and mother’s silence is a silence in awe of beauty and of nature itself.

Unfortunately, I think that that imagining is ultimately doubtful, and that instead what we have is a scene that, if not within an interior, at least pervades coldness and iciness. In this case, the scene could be any number of places: a parent’s home, a hospital room, a funeral home, or even a cemetery. If so, is this distance and time more akin to that of a silence that’s built up over a lifetime together, yet apart? From birth to death?

Or, perhaps we are being let in on the aftermath of a telephone conversation, with many miles separating them, perhaps even an ocean? If so, what, indeed, has been said? Who, after all, has not at some point in their life felt the cold silence of a disappointed, upset or concerned mother? Does it not toy with, if not destroy, something precious and profound? Does fault lie in the child’s hands here? Or is this simply a mother who can not be pleased, or who, it turns out, is simply so very different from their offspring and no amount of words could bring them closer?

The openness and invitation to participate in this poem is wide, and has much to do, I think, with its construction: 6 words; 8 syllables. This brevity opens the words up, freshens them, allowing them to sing: here, there, mother, silence.

And so they open, grow legs and vibrate, and breathe new life and meaning.

It also seems worth pointing out that the poem is universal in that the narrator could be female or male: it could be anyone’s mother. And yet, a great amount of depth is added, I think, when one knows this poem was written by a woman.

Lastly, who is this mother? What of her? Are we to take the word literally, as the poet’s actual mother who gave birth to her and (possibly) nurtured her? Or is it Mother Nature? Mother Earth?—“there,” in this case, being the starry sky, the moon, or fellow galaxies: Father Sky (is the silence then the silence of creation?). Of course, since this poem is great poetry, I think it can, of course, be both, and be both at the same time.

Or, to look at this gem from a different angle: is the mother the poet, referring to herself in the third person? And what does she think of her own silence?

Whether the scene is warm or icy, there is clearly an unspoken warmth, and a desire for warmness and connection. A longing that can not be dulled or extinguished. In this sense, “mother” becomes a global, universal keyword, able to be used in any season, in any year, on this planet where we all have, or had, a mother of some kind.

As featured poet, Roberta Beary will select a poem and provide commentary for Viral 2.2.