we too  by Lee Gurga 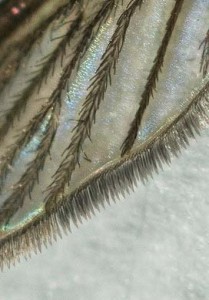 Who hasn’t been annoyed by the sound of a mosquito buzzing around their head? The sound can be worse than the bite. Here that annoying sound has been translated into a poem that takes us deep into our selves. A poem on a seemingly trivial subject has been transformed into a meditation on existence by simply including the word “too.”

From its beginnings as a part of Japanese linked poetry more than three hundred years ago, haiku has conquered every language and culture to become the world’s most popular form of poetry. What is the secret of this conquest? Haiku uses image and line and syntax to open a portal between states of consciousness, between one reality and the next. It sometimes nudges us, sometimes jars us to explore the something that was there for us to see all along were it not for our mundane preoccupations. Here we find with Peter Yovu in the mosquito’s whine not only distraction and annoyance, but in she too our own needs to assert our little selves. No other art points with such directness and economy to the essence of our experience. No other art is so accessible to the weekend poet yet poses such a maddening (and muddling) challenge to the accomplished wordsmith.

In Yovu’s haiku, the season is both present and vital, though, as in many of the best haiku, unstated. The haiku’s message is spectacularly reinforced by the artful use of sound. The repeated “o” sounds tie the first line together. The insistence of the repeated “insisting.” The personality and ego of the repeated “she.” The third line where sound and sense are inextricably woven in the buzz of the repeated “is” that stays with us long after the poem has ended. And for those to whom an established form is vital, the poem’s seventeen-syllable form provides an invisible foundation for its content. If there has been a perfect haiku written in English, this is it.

“mosquito she too” was first published in Modern Haiku 35.1 (Winter-Spring 2004)

As featured poet, Peter Yovu will select the next poem and provide commentary for Viral 1.4.