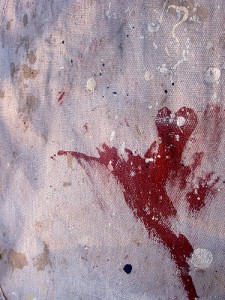 dusklight —
I read her poem
differently

This poem won Third Prize in the Robert Spiess Haiku Award Haiku Competition for 2006. We could take it to be shasei (sketch from life/nature) and be done with it. The judges for the contest, however (Charles Trumbull and Francine Banwarth), thought more of it, and I agree — there are finer and more intricate points and possibilities worthy of further consideration.

The construction of the first line seems to ask for a second look. A shasei reading of “dusklight” would be literal: an actual and specific time of day. But let’s reconsider it in a different light, metaphorically and symbolically. The poem does not make use of a specific kigo (season word), though it does, as Trumbull and Banwarth have written, give us an “autumnal feel.” This I think was the poet’s intention — Kacian nicely evades the predominant “adjective + noun” first line format of so many haiku by combining them into a new one-word creation. This is an uncommon word and process, and is, in itself, poetic. What does he achieve through this?

I believe that in using this process the poet, instead of referring to a literal time or setting or actual colors, suggests a state of consciousness, or even, perhaps, a stage of life. The combination of “dusk” and “light” condenses and clots what is already there and, in a way, allows less light, less wind, less life, to get through. In this reading “dusklight” then represents a new stage in the poet’s life, the “autumnal,” and with it a new set of eyes, a new state of consciousness, a new way of thinking about what has already taken place, what is happening in the present, and, perhaps, how to prepare for the future.

How does this autumnal state of mind and stage of life contribute to the rest of the poem? Is it, in fact, a key for the reader from the poet as to how the poet is now, at this stage in his life, reading “her poem”? Has the meaning of her poem for him, like the literal light, become more definite, more rigid, because of his own life experiences and their relation to her poem and whatever it is about? The construction and grammar of “dusklight” seems to point symbolically at least in that direction. Her poem must, in some way, be something special to the poet — and open to similar issues and ideas being brought up in his own poem — because he is returning to it. And who knows if the poem referred to is a haiku or a longer poem, published or unpublished. I am merely speculating here, but consider how such a turn in light, in life, could affect the reading of Marlene Mountain’s

pig and i spring rain

Because we do not know the poem or poetess, we are left with a delicious mystery. Ultimately, this speaks of the ability and magic of poetry (and especially haiku because of its openness and insistence upon involving the reader’s imagination and life experiences) to be reread and reinterpreted at different stages in a reader’s lifetime. And so I think, Kacian’s haiku is a poem of the interior, a poem of the mind and its constant movement. It is a virtually silent poem — “read(ing) her poem differently” requires no words spoken, and little action taken — and yet we feel the weight of a life in flux, the change of light. One is left to wonder how her poem will be read by the poet in his next lifestage (starlight? pitchdark?). Will the reading change again? Or might it return to his first reading, when it was all still just dawnlight?

As featured poet, Jim Kacian will select a poem and provide commentary for Viral 1.2.