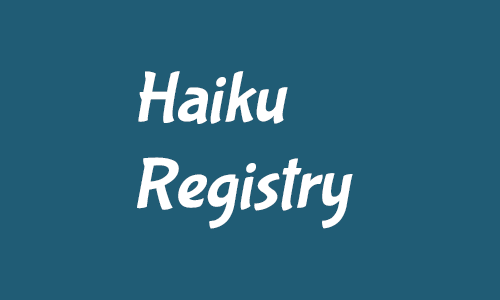 Though the Haiku Registry was part of The Haiku Foundation’s initial conception, it took some time to imagine, devise and implement it, and to find the right administrator for it. That administrator was Billie Wilson, who joined THF in 2009 as Secretary to the Board of Directors, and became a Director herself in 2010[check date]. The date of release was chosen to correspond with the 1-year anniversary of the chartering of the Foundation in the Commonwealth of Virginia. The Registry has proven to be one of our most durable and popular features, and is now administered by Marta Chocilowska, who assumed the role midway through 2018.