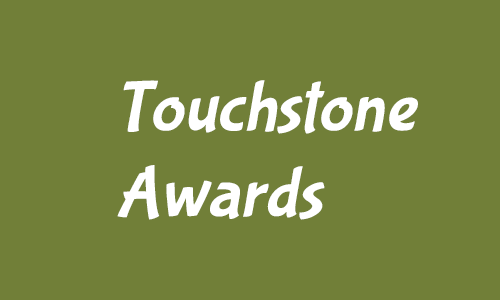 The first Touchstone Awards for books and individual poems were announced in January of 2010.

The first iteration of the Touchstone Awards was called Kudos, which never materialized. They were reimagined as The Haiku Foundation Award, then renamed the Touchstone Award for Individual Poems, to which was added the Touchstone Distinguished Books Award, now mainstays of the haiku calendar. The name was chosen not only for its suggestive resonance but because the awards were actually engraved Pennsylvania bluestone. Much time was spent determining the constituency of the panels, and the first awards were made for the 2010 calendar year (announced in February 2011, and thereafter on National (and then International) Haiku Poetry Day, April 17). The first chairperson of the Awards Committee was Mark Harris, who coordinated the event until handing it off to Bruce H. Feingold in 2014.