Haiku in the Workplace 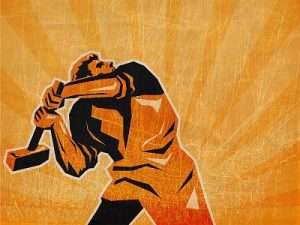 Haiku in the Workplace was a weekly feature created by Jim Kacian for The Financial Times of London, and then adapted for appearance on the blog. Each week had a featured theme based on the workplace experience, and poets were invited to send in their work on the theme. Haiku in the Workplace ran 3 January – 28 December 2017.

Complete Haiku in the Workplace

Virals was a weekly feature created by Scott Metz for The Haiku Foundation blog, Troutswirl, wherein a poet chose and commented upon a favorite haiku by someone other than himself. The cited poet was then invited to select and comment on the haiku for the next installment, and so on. Virals ran from 14 May 2009 until 12 December 2010, producing 7 completed “threads”.

After a lengthy hiatus, the concept was revived and modified by Jim Kacian as re:Virals. In its revised format, commentary is sought from the general public to a seed poem was offered by the moderator. This commentary is included in the subsequent post, and the crafter of the best commentary (as determined by the moderator) “wins” the opportunity to select the next poem. This new iteration debuted on 11 September 2015. Kacian moderated it for 99 posts; Danny Blackwell moderated for an additional 100 posts. Theresa Cancro and Clayton Beach assumed editorial roles in July 2019. From December 2019 through December 2021, Theresa Cancro served as the main editor and host of this feature. Keith Evetts is currently editor. 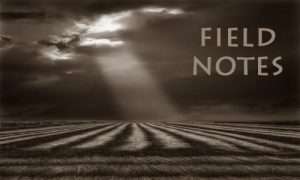 Field Notes was a discursive and extended set of meditations on haiku topics, eight headings in all, that ran in 2013-14, directed by Peter Yovu and featuring dozens of the best writers of and on haiku.

explored the traditions of haiku, Japanese and otherwise, in this blog feature from 2010 curated by Adelaide B. Shaw.

was a brief feature dedicated to the consideration of individual, non-English haiku of the 20th and 21st centuries, from 2009 and curated by THF blogmaster Scott Metz.

was a brief feature, the counterpart to envoys, but featuring the work of Western poets of the 20th and 21st century, also from 2009 and curated by Scott Metz.

is the umbrella heading for an interactive feature curated by kjmunro, and incorporating Haiku Windows, A Sense of Place, and Haiku Dialogue, running from 2018 through the present.

was The Haiku Foundation’s agony column for poets facing the daily tribulations of the haiku life, moderated and mediated by the Haiku Maven from 2013-14.

addressed (briefly) the psychological aspect of literary craft as it applied to haiku and senryu, in four installments from late 2009-early 2010, curated by Paul Watsky.

like envoys, concerned itself with non-English haiku of the 20th and 21st centuries, but was curated by David G. Lanoue in 2009, and moved to the THF Forum when that was inaugurated in 2010.

followed the progress of haiku newbie Laura Sherman as she navigated her way into an understanding of haiku tradition and practice, from 2010.

was a set of questions posed at large by curator Peter Yovu, and answered, often in great detail, by a range of haiku poets and theoreticians, from 2009-2010 and later continued on the Forum.

was a Forum offering, curated by Peter Yovu, for the appreciation of the individual poem.

was a brief offering, in partnership with the Yuki Teikei Haiku Society, that examined the more traditional approaches to English-language haiku, curated by Jerry Ball and Patricia Machmiller, from 2010.