skip to Main Content
Menu
Even though I have never tried my hand at haibun, I’ve been moved by all of the snow we’ve had since our white Christmas here in New Jersey. So I gave it a shot for my January HSA column. Here’s a preview. But, of course, I have changed a lot of it for Troutswirl. Even the poems are different, because who would want to read the same thing twice?

The Story of the Snowflake Hunter 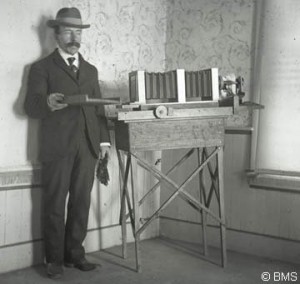 Wilson Alwyn “Snowflake” Bentley was born in 1865. At 15, his mother gave him a microscope and it was under that microscope that he discovered his passion for the crystals of water we call snowflakes. Bentley was one of the first photographers of snowflakes. But let’s call him a snowflake hunter.

pencil in hand
holding his breath:
to keep a snowflake

Originally, he tried to capture their beauty by drawing them. He held his breath as he drew so the heat of his breath didn’t melt the snowflakes. Then he switched to photography. By attaching a bellows camera to a compound microscope he photographed his first snowflake on Jan. 15, 1885. According to Wikipedia, Bentley described snowflakes as “tiny miracles of beauty.”

He caught flakes on black velvet so their images could be captured before they melted. A collection of Bentley’s photographs can still be found in Jericho. He thought of snowflakes as works of art and he spent his days searching for perfect specimens.

Many said his passion for them tainted his work. Meteorologist Gustav Hellmann was a rival snowflake hunter. He aimed to set the record straight. Snowflakes are not symmetrical works of art, he said. Hellmann found them to be clumpy, lopsided, broken bits.

Snowflake rising
into the sun;
we dance like this place.

It was the WNYC radio show “Radiolab” that introduced me to this snowflake hunter rivalry and more of it can be found in the next .Haiku column on the Haiku Society of America website. And since this was the first time I have tried haibun, please feel free to email me with any tips you might have!