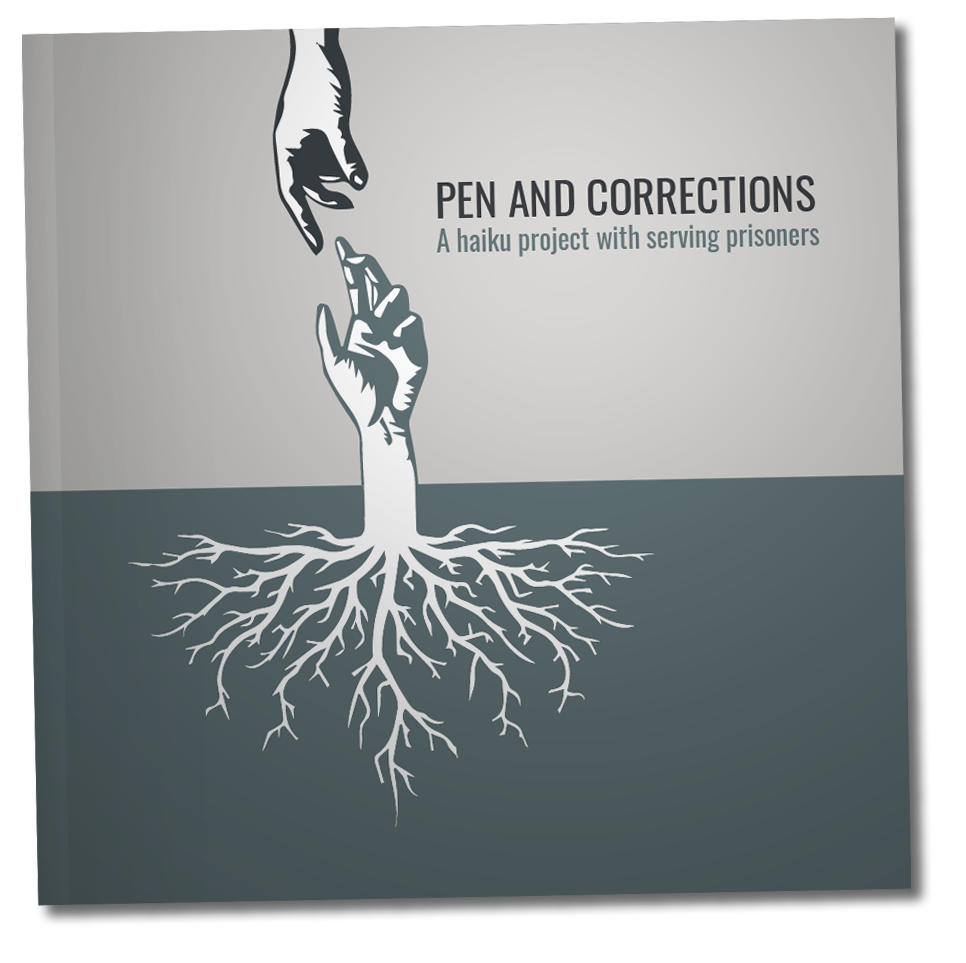 You’ll recall that recently we alerted you to the Pen And Corrections project. Pen And Corrections is a project which has supported incarcerated prisoners to learn about and write their own haiku. It is the brainchild of two UK-based poets, Ted Sherman and David Breakspear. Nine prisoners in two UK prisons completed the project and will have their haiku included in the first Pen And Corrections book. This beautiful book has been designed by Ollie Francis and is being sold via a Crowdfunder campaign. Any profits from this campaign will be donated to two charities that support children with parents in prison — Children Heard and Seen, and Storybook Dads.

This update is to let you know the Crowdfunder Campaign is in full swing, and that it is possible for you to support this estimable cause by going to the campaign site. There are a host of options to help the project reach its financial goals, as well as to receive the book.

Here is a sample of the haiku written by a prisoner as part of the project:

Please help support this worthwhile cause if you are able.