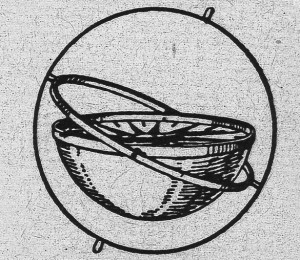 Before there could be a question of writing haiku in English, English speakers had to learn how to read it. As translations of Japanese haiku began to appear in the late nineteenth and early twentieth centuries, they were often met with consternation if not outright hostility. In 1905, in an article published in the Fortnightly Review, J. C. Balet and L. DeFrance complain that Japanese poetry “lacks fullness” (642). Two years later, in his Letters from the Far East, Captain F. Brinkley complains, “The three-lined poems, or Haikai . . . are not only impressionist, but so elliptical and enigmatical as to be unintelligible to a foreigner . . . It does not . . . appear that any poet of genius, or even of particular talent, has arisen” in Japan (152). Limiting poems to three lines, Captain Brinkley claims, amounted to an “enforced dwarfing of possible Homers” that was “disastrous to the national genius” (151).

The above is the first paragraph of a talk I gave at the Haiku North America conference in Ottawa, Canada, on August 8th, 2009. When I finished reading it, the large room filled with haiku poets laughed at Captain Brinkley’s declarations. Obviously, something has happened in the intervening century to make his then-reasonable-sounding statements now seem patently absurd. That thing that happened—one of the main points of my talk—was that English speakers have been educated into a different way of reading, when it comes to haiku.

English critics and, we assume, English readers at the turn of the twentieth century expected their poetry to have “fullness,” to be intelligible—not to baffle them with ellipsis and enigma. In other words, they had yet to learn the first lesson of reading haiku: how to deal with space, ma, the unsaid. Balet, DeFrance and Brinkley would have been better schooled in haiku, had they read the works of Lafcadio Hearn, the American expatriate and naturalized Japanese citizen who expounded on the spirit of haiku. In his 1899 book, In Ghostly Japan, he explains that the best haiku “leave in the mind the thrilling of a something unsaid. Like the single stroke of a temple-bell, the perfect short poem should set murmuring and undulating, in the mind of the hearer, many a ghostly aftertone of long duration” (155). Two years later, in A Japanese Miscellany, he adds, “Almost the only rule about hokku, —not at all a rigid one, —is that the poem shall be a little word-picture, —that it shall revive the memory of something seen or felt, —that it shall appeal to some experience of sense” (97-98). Haiku, Hearn suggests, requires a different sort of reading than the English verse of his time: its unspoken spaces ask its readers to muse, to remember, to connect to personal experience . . . to feel.

In the 1930s and 40s, haiku translations and commentary of Harold G. Henderson and R. H. Blyth reached enough English-speaking readers to make possible the blooming of English language haiku. Though, as Donna Ferrell points out, Henderson saw haiku primarily as a poetry of emotion and Blyth described it more as a window to reality, the common denominator of the two was to recommend a slowed-down reading of feeling, perception and contemplation. The enemy of such poetry is the rational part of the mind that seeks logical connections and “THE meaning”—as I have argued in an earlier essay that describes haiku reading as more of a right brain activity that is spatial, visual and emotive; as opposed to a left brain-centered exercise in logic or problem solving. This is a topic that I have been thinking about for a long time. In Haiku Guy, I devote an instructional chapter to ways of reading Issa’s haiku, “little snail/ inch by inch climb/ Mount Fuji” (114-18)! There, I describe the intellect as a lioness that must be held back with a choke chain to keep it from devouring the gazelle that is the poem: mastering it, conquering it and thus shutting down the possibility of deriving more meaning from it. In Haiku Guy‘s semi-sequel, Laughing Buddha, the poetry-killing part of the brain is personified as the evil Professor Nakamura, who destroys haiku and even the will to write it by his pernicious drive to explain it. In explaining, he explains it away. I came to haiku as an academic, a university professor who wanted to translate Issa and, naturally, write criticism about the poetry that I was translating. As time went on, I struggled with my own inner lioness, inner Nakamura, and struggled with the question: How can I read haiku and talk about it without closing down meaning by conclusiveness? How can I read it and talk about it so that it grows and lives and thrives in my heart and mind?

This question becomes especially important when we are confronted with haiku written in surrealistic or postmodern styles that demand an extra degree of contemplation on the reader’s part to arrive at not “the” meaning but “a” meaning—and to sense not “the” feeling but “a” feeling.

My talk went on to present examples of this second type of haiku. The first example was a haiku written in 2006 by Fay Aoyagi—born in Japan but now a U. S. citizen residing in San Francisco. Writing and publishing haiku in Japan and the West, in Japanese and English, Fay is an acknowledged master of two different haiku schools in Japan and, as I argue in an essay in the current issue of Modern Haiku, she has become, in this young 21st century, a fresh and important voice in English haiku. Here’s the poem:

ants out of a hole—
when did I stop playing
the red toy piano?

Jack Kerouac liked to refer to American haiku as “pops,” a term that recalls his album note for Blues and Haikus, where he opines, “The American Haiku is not exactly the Japanese Haiku. The Japanese Haiku is strictly disciplined to seventeen syllables but since the language is different I don’t think American Haikus (short three-line poems intended to be completely packed with Void of Whole) should worry about syllables because American speech is something again . . . bursting to pop.” This haiku by Fay Aoyagi, indeed, pops: unpredictably, nonlinearly, from an external view of ants to an inward, childhood memory, presenting for our contemplation an emotionally charged artifact of half-remembered childhood. I sense that, for Aoyagi, the writing of the haiku has been an unlocking of remembrance. Ants emerge one by one from their hole, hinting at an inner process of memories rising from the subconscious mind, suddenly unearthing the red toy piano. In her 2007 article, “Dissection of the Haiku Tradition: Inner Landscape,” Fay quotes Cor van de Heuvel’s assertion that haiku is “about living with intense awareness, about having an openness to the existence around us—a kind of openness that involves seeing, hearing, smelling, tasting and touching.” In addition to these five senses, Aoyagi identifies a sixth sense that she believes is just as useful for the poet of haiku. She writes, “Not only watching and observing the things around us, we also explore a flower with a close-up lens. We can inhale the air filled with songs by trees. The sky can be a mirror of our feelings. Church bells can sound differently when we are lonely. I certainly enjoy interweaving haiku with my inner life” (15). Fay’s red toy piano emerges from her inner life or, as she also likes to call it, inner landscape: inviting us, as readers, to contemplate our own memories, our own feelings: to dig and dig like ants until, finally, the forgotten toy—along with all that it meant to us—rises.

I shared the above at the Ottawa meeting, then asked the audience: “How do you read this haiku?” A lively discussion ensued with a dozen poets gleaning a dozen different sets of emotion and associations with the ants and the red toy piano. My aim was to demonstrate that although all of us have evolved beyond Captain Brinkley in our ability to read into the silences of a haiku, many readers still harbor a notion that one meaning with one feeling should be attainable. Many of us need to open our minds a bit wider and trust our imaginations and private memories a bit more as we read haiku and contemplate it. This exercise is not only indispensible for postmodern haiku, it applies perfectly to the classics. Even Basho’s “old pond” verse requires invention on the part of readers, since his frog (kawazu) can be read as singular or plural. I asked the audience for a show of hands. “How many of you picture one frog jumping into the old pond?” Most hands shot up. “How many of you picture several?” A few hands rose skyward. Point proven.

Guess who was sitting in the audience that afternoon? Fay Aoyagi, of course! After everyone else had reported their thoughts and feelings evoked by the red toy piano, I asked Fay to share her own ideas about her haiku. Her first point was that the kigo (season word) is important to how she feels about the scene: ants coming out of their holes are a spring kigo. No one else in that room filled with august haiku experts had noticed this. She went on to say that, for her, the out-of-tune plunking sound of the toy piano is central to “the” meaning to her—but she’s not upset that no one else in that room, that afternoon, came up with this association. Our missing the kigo and her particular take on the piano didn’t bother her in the least. In fact, she said that she was happy to hear her poem live so many different lives in different minds. This is not only OK but what she aims at as an artist.

I sighed with relief. When I wrote about Fay’s haiku for the Modern Haiku article, I purposely avoided asking her what she thought of her own poetry or of what I had written about it. I wanted just to share my own impressions, avoiding the danger of including hers, which readers could construe as the “right” answer. I was happy to hear that she also believes that a haiku can produce myriad meanings for readers. (Nightmare scenario: Fay stands up and declares, “You’re WRONG!”

In the preface to her 2003 collection, Chrysanthemum Love, Fay writes, “There is a lot of ‘me’ in my haiku. I write very subjectively” (2). I, for one, am not disappointed. The personal is the universal. When she writes: 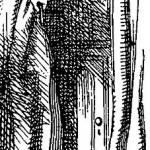 . . . she invites the reader into her real life and sincere consciousness, and discoveries are made. We stand with her by a lake, watching as icy rain pelts its surface—outward perception. Then, looking down into its cold depths all the way at the bottom, we perceive with her “a door to yesterday.” The door, an inner perception, gives the haiku its power. Fay invites us to join her on a journey of perception, an “interweaving” (as she puts it) that connects threads of outer vision with threads of deep, half-secret, inner signification. I say “half-secret” because her style is never impenetrable–unlike some avant-garde poets that one might name. She leaves the door at the lake’s bottom half-open for her readers to follow her through it, guided by their own imaginations and hearts.

One of the highlights of the HNA conference, for me, was witnessing Fay’s creative process at work. During one session an audience member from Quebec used the French expression, perdre le nord: to lose one’s north, literally—an idiom for losing one’s bearings, physical or spiritual. Sitting in the row in front of me, Fay’s face lit up. She turned and looked at me. “What a nice phrase!” her expression said. She started scribbling in her notebook: 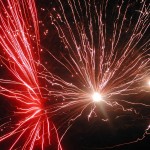 losing my east
with a new passport
Independence Day