Like Envoys, Periplum is a section that is devoted to 20th and 21st century non-English haiku. Periplum, however, is overseen by David G. Lanoue. For an introduction to this section, see Periplum. 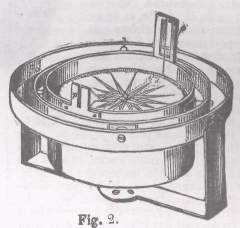 Bulgaria is brimming with haiku: haiku clubs, haiku publications, haiku aficionados, and—scattered among the aficionados—a smaller number of truly amazing haiku poets. One of those amazing poets is Petar Tchouhov of Sofia. An expert translator (Bulgarian English) and gifted guitarist for the ethno-rock band, Gologan; he is a man of many talents. Today, I’d like to focus on his talent for one-breath poetry: reading and “thinking out loud” about three verses that embody the kind of creative work that sets Mr. Tchouhov apart from the masses of Bulgarian haiku people, placing him at the cutting edge of world haiku today. 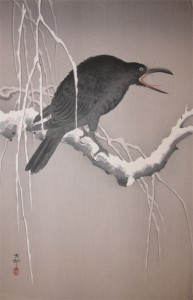 the longest night
a raven steals the eyes
of a snowman

The longest night, the night of winter equinox, is frigid, dark, disturbing. Our ancient ancestors feared this night: with days growing shorter and shorter, nights growing longer and longer; would not the inevitable result be a cold and perpetual darkness? That is, unless something were done about it. And so, according to one anthropological theory, our worried ancestors came up with solstice rituals and magical-religious celebrations designed to coax back the sun and its life-giving light, thus assuring the miracle of another spring. But in Petar’s scene there is no promise of light or warmth, no miracle. The raven—Edgar Allan Poe’s ebony feathered messenger of death and foreboding—blinds the poor man of snow, leaving him in a permanent darkness that is truly “the longest night.” At first view, it seems an atrocity. Or, I wonder: Is this raven a trickster, as the Chinook and other Native American tribes see him, playing a mischievous prank? Should we be horrified? Should we laugh? Or . . . should we simply accept and understand? If the eyes that he steals are berries and not lumps of charcoal like we used for our Nebraskan snowmen back when I was a kid, then the raven’s theft is a forgivable act of survival in a harsh, cold world.

My sympathies flit from snowman to raven, back to snowman. Life is hard all over. The world is cold all over. And now that the black bird has flown off with the snowman’s eyes, our eyes, we are left alone in a frozen darkness without a glimmer of hope, of light, of spring. Brrrrrrr!

This is the coldest damn poem I’ve ever read. 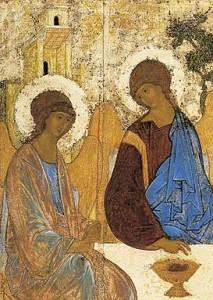 A haiku of delicate balance: narrator and call girl, fantasy and reality, isolation and connection. Two human beings so separate and, in their different ways, so alone—share a brief moment of tenderness under the moon. The word that the woman utters, “angel,” is a term of endearment, of affection, of (in some contexts) love. It also has religious and mythic resonance that works in interesting ways in the scene—but more on this later. The tensions in the haiku remind me of Octavio Paz’s discussion of prostitution in El laberinto de la soledad (The Labyrinth of Solitude), where he notes the ambiguity of the prostitute: sacred for certain cultures but “for us, alternatively, a being that is scorned and desired” (“para nosotros es alternativamente un ser despreciable y deseable”). For Paz, the prostitute is a “caricature of love” (“caricatura de amor”; 233). The call girl in Petar’s haiku is indeed a caricature of love, not the real thing. In the light of cold realism (coldness again!), her tender utterance is just part of the act, the paid-for simulation. Or (ambiguity again!) this is a real expression of human affection. Does she cradle the man’s head in her arms? Does she caress his brow? Her tenderness is genuine; her tenderness is commercial. Perhaps, on her side, it’s entirely commercial, while, on his side, he fools himself, interpreting “angel” as love-talk that reaches and soothes a deep, aching place in his heart. Who can know what it means for certain?

Petar’s English version plays significantly with the word “call”—in “call girl calls me”—but in Bulgarian his word for the woman is, more bluntly, prostitutkata (“проститутката”): prostitute. Since the haiku centers on an act of language, of naming, I suspect that it might be a better poem in English with its “call – call” than it is in Bulgarian—but this is something that only a completely bilingual person, such as Petar, could determine. [When I showed this essay to Petar he told me that he wrote the haiku in English and only later made the Bulgarian translation.] In both English and Bulgarian, the name that is spoken, “angel,” denotes a heavenly being often pictured on clouds of glory, reveling in the presence of God. A “sordid” transaction with a prostitute clashes ironically with the ethereal, Christian image. Or, perhaps, the speaker in the poem is a fallen angel. Or . . . does Petar hint at what Octavio Paz alluded to: a pre-Christian time and place where prostitutes were sacred priestesses of the Mother Goddess? Then, the “angel” with whom she has mystically and physically coupled is perfectly named. So, which is it: irony or no irony? Love or no love? Still more ambiguity!

What makes this haiku great? I can think about it forever and never hit bottom. 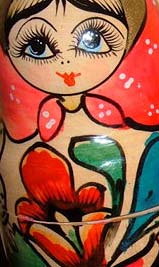 night storm
I’m thinking about
the dolls in the attic

Another slippery poem. I can’t grab it, own it, nail it down, explain it—and this is precisely the delight of it. One thing that jumps out at me is the phrase, “I’m thinking about . . . ” Ninety-nine out of a hundred creative writing teachers would slap Petar’s wrist for such a flagrant violation of the “be concrete; show, don’t tell” rule of haiku orthodoxy. And yet, as I think about his “thinking about,” I have to say that I like it. The inner mind-scape of the poet serves as the tangible, sensual link in this scene of two places: a bedroom below, an attic above. No! Three places, if we count the stormy outdoors. His thoughts, unspoken and unspecified, connect all three locales. By saying nothing specific about his thoughts, the poet invites the reader to participate: What are my thoughts about the dolls in the attic? What are your thoughts about them?

Before going there, this side-note: Petar’s vague reference to his own mind thinking is not without precedent in haiku tradition. In a memorable verse, Issa writes:

Kokoro signifies both “heart” and “mind” in Japanese. Therefore, after “autumn wind,” the haiku could be translated, “the mind of Issa is thinking” or “the heart of Issa is feeling.” Both would be correct yet incomplete. Issa leaves it to the reader to contemplate and decide what feelings and ideas are stirring in him as the autumn wind blows—just as Petar invites us to contemplate and decide for ourselves the meanings and feelings surrounding his attic dolls. Here’s where my mind is going, this time around: I think of dolls. Like the snowman of the first example, dolls are human simulacra: fake people. So the first tension, linked by the poet’s thinking, is between himself, a flesh-and-blood person, and the pretend-people who inhabit the attic. Second tension: the night storm outside versus the cozy and dry, but dark, house. Third tension: the adult versus the child that the adult once was, when he played with the dolls (including soldiers? action figures?) that are now stored in a box, forgotten until just now, in the darkness above. Has a crack of thunder collapsed the years so that the child inside the adult shivers and remembers? Does he want his Mommy or Daddy or Granny? And what about the dolls? Are they frightened, too, by the storm? Do they need holding?

This haiku, like the two before it, has levels and levels. I’m certainly not done “thinking about” what Petar might be thinking in it, but I’ll stop here.