Keiji Minato (湊 圭史) is part of a wave of younger haiku poets in Japan. I met him in Bulgaria at a haiku conference held in funky, bustling Sofia in July, 2005. His command of English was impressive, but that week he impressed me even more as I observed him studying and mastering the Cyrillic alphabet and — at a poetry reading in Plovdiv — delivering his own newly-written verses in Japanese, English and Bulgarian. An amazing guy.

The haiku of this Kyoto poet are just as amazing. The three that I would like to reflect on here appear traditional in form. All three have season words; all three live in a sound-scape of five-seven-five. Still, this is not your parents’ — or grandparents’ — haiku.

First, a caveat. What I offer are my impressions, my readings (on this particular day). I don’t pretend that they reflect the poet’s own understanding of his work, nor do I propose that they should replace each reader’s unique understanding. Haiku has always left plenty of space for readers to imagine and co-create — and this is true to the nth degree in the contemporary, cutting-edge haiku of Japan. So, while you read my ruminations, please ruminate yourself! 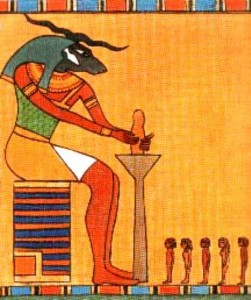 Autumn drizzle —
dolls made of mud
turn into mud

At first view, a poem of disintegration: human-like mud dolls in the drizzle revert to what they were before: mud. At second view, a question comes to mind: Is this really destruction or might it be a new creation? My mind flits to biblical and Egyptian stories of the first mud-made man, enlivened by the breath of a god. Fast forward to Kurt Vonnegut’s comic/apocalyptic novel, Cat’s Cradle, with its rhapsodic myth that begins, “God made mud . . . God got lonesome . . . So God said to the mud, ‘Sit up!'” But here, in Keiji’s haiku, mud people liquefy and return to their original element. Is this death? Yes, surely, if viewed with the biblical lens — “dust unto dust,” mud to mud — but Keiji’s Japanese suggests otherwise. The mud dolls in his poem are “being born” (umarete), not dying: born, refashioned, reincarnated — as mud . . . again. Every ending, a new beginning. I flash now to e. e. cummings: “In Just — spring / when the world is mud-luscious . . . ”, though in Keiji’s haiku the sensuous mud-lusciousness of the scene pertains to autumn, not spring. His drizzle is cold and killing, yet restorative, putting the world back together as the human experiment sinks into the All along with dinosaurs, mastodons and saber-toothed tigers. The earth is a grave and a womb. The mud people fail . . . and yet: Don’t you feel joy in this wry, not-your-father’s-or-grandfather’s haiku? I do. 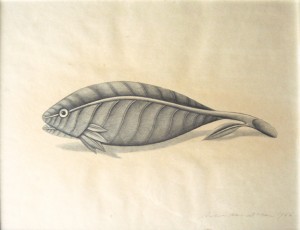 The encyclopedia of fish, a human artifact: a laboriously created, authoritative reference text that pretends to classify and capture a slippery, living reality. In Japanese, the word that Keiji translates as “encyclopedia” is zukan, literally, a “picture book” — so I picture page after page of two-dimensional, anatomically correct renditions of all the world’s fish. Keiji achieves a humorous remove from nature with this fish encyclopedia; I feel him poking fun at our human tendency to confuse the map for the territory, to believe that having a book about fish equates to having the fish themselves. Then the clincher (the poem’s final image in its original text): a delicate leaf — authentic nature — juts into the scene, between the encyclopedia’s pages. It, too, has been co-opted by the human “rage for order,” as Wallace Stevens puts it. The leaf, in this humorous, human moment, is not appreciated for what it is but for what it, functionally, does. Is the reader of the encyclopedia ignorant of the beauty of this leaf as he or she flips pages, fish to fish, then marking his or her place efficiently, carefully, diligently . . . with it? I read this haiku and smile at its happy mix-up, its blending of real world/fake world in a joke that makes such superb fun of our human mania to classify, to organize and — we pretend to ourselves — to control. The leaf, the bookmark, laughs too. With us or at us? 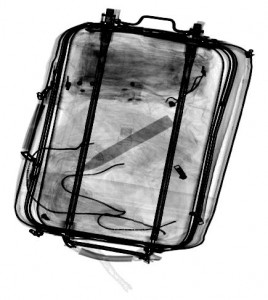 In my luggage
depleted uranium
and the summer sea

Another joke, the kind that will get you arrested at an airport security checkpoint? Or is Keiji’s tone one of dead earnest? A quick Web check reveals the cold science lurking in the words, “depleted uranium”: isotope uranium-238, byproduct of an enrichment process that creates U-235 used in nuclear reactors and nuclear weapons. This haiku is terrifying, toxic! “Depleted uranium” evokes, in my mind, images of steel cylinders bleeding a deadly sludge where children play — but then I see that the poet’s “hand luggage” (tenimotsu) contains also, along with radioactive isotope U-238, “the summer sea.” How am I to feel about this juxtaposition? How do you feel about it? On one level, the haiku is an exercise in absurdity. We picture a voyager, home from a long trip with two improbable souvenirs stuffed in his carry-on bag: depleted uranium and an entire ocean, a summer ocean: warm, heavy, undulating and salty. But at a level above or below that level, the joke isn’t a joke, is it? Keiji’s haiku collects in its verbal suitcase the artifacts of a trip — an actual trip (like to Bulgaria) or perhaps the trip of life itself, life in our time. Either way, it scares the hell out of me. I can’t forget it. I’ll always remember it. Will you? And, while you’re pondering that question, ponder this one: Is this a way to measure art, its unforgetability? Maybe . . . yes. I think so.

Minato Keiji. Three haiku in Japanese with English translations by the author. Cordite 29.1 (2009).