Pennsound, launched in 2005, “is a Web-based archive for noncommercial distribution of the largest collection of poetry sound files on the Internet.” It is both an archive of poets reading their own poems and recordings of discussions about poetics.

Funding for the project comes from private donors to the University of Pennsylvania’s Center for Programs in Contemporary Writing, which sponsors the project.

When I plugged the word “haiku” into the search engine, the only poet who came up that had been recorded reading their own haiku was Linh Dinh.

Of late, Linh Dinh has been a contributor to both the Poem Talk series (a blog mentioned previously in this posting) and The New York Times. Dinh’s personal blog is Detainees.

The piece is entitled “Biblical Haikus” (from the collection Borderless Bodies [Factory School, 2005]) and is a recording of Dinh reading 13 haiku poems. Like many poets who don’t normally compose haiku, his verses “mimic,” as William J. Higginson has noted elsewhere, “a naive understanding of haiku: five, seven, five, syllables in three successive lines.” And, like Jack Kerouac (who does not have a page on Pennsound), he calls them “haikus” with an “s” instead of just “haiku.” Dinh’s exploration into haiku produces some interesting and experimental results though (understandably not everyone’s cup of tea), with little obvious padding, on a topic that has much depth in western art and literature. Three examples from the recording: 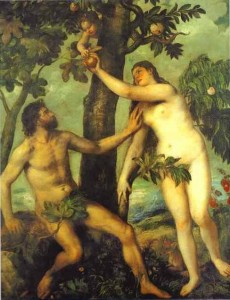 The first three men roll
with the first woman to launch
a nation of ants.

The male addendum
made no sense whatsoever
before the spare rib.

Steal from the ants, slugs.
They got gas but no weapons
of mass destruction.

Pennsound is a tremendous source for poets, scholars and teachers. Just type a poet’s name in the search engine and something is sure to pop up. It would be great if more haiku poets’ works were available, particularly, for example, the sound recordings of Nicholas A. Virgilio, as well as the recordings recently found of Cor van den Heuvel, Anita Virgil, Alan Pizzarelli, Penny Harter and William J. Higginson by Alan Pizzarelli (Haiku Chronicles, Episode 1).

What are some ways we can get more recordings of haiku read by their authors, past and present, into this unique and very special resource?