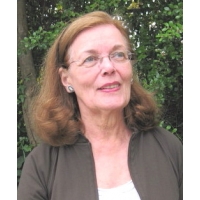 It is with great sadness to report that on Friday, September 3, 2010, Peggy Willis Lyles passed away. She was a former Woodrow Wilson Fellow and English teacher, and contributed regularly to leading haiku journals for more than thirty years. At the time of her death, she was an associate editor of The Heron’s Nest and a member of The Red Moon Anthology staff. Peggy was revered by haiku poets worldwide. Her gentle, generous spirit touched so many, and her work will continue to touch and influence for countless decades to come (Haiku Registry).

Her most recent haiku collection was To Hear the Rain: Selected Haiku of Peggy Lyles (Decatur, IL: Brooks Books, 2002).

The Heron’s Nest, where Peggy was an associate editor, will publish memorials in the December 2010 issue. Please submit your memorial poems and brief tributes to Managing Editor, John Stevenson (ithacan@ earthlink.net  ). Those who wish to convey their appreciation for Peggy to her family should write to:

Here follows is a small selection of her haiku:

bare branches
I choose a layer
of blue silk

as if it were a lie the moonlit sea

into the afterlife red leaves

wind-borne seed
I have
my doubts

the greyness
goes right through us
autumn wind