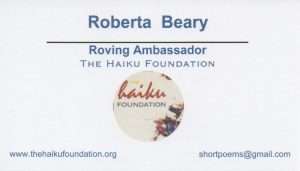 Roberta Beary, The Haiku Foundation’s roving ambassador, has just made her first appearance in Ireland, where she will be posted for the remainder of the year. We share the results of this joyous gathering with you here. Ms. Beary is available for haiku-related events throughout Europe. You can reach her by using The Haiku Foundation’s contact form. Ms. Beary will fulfill the role throughout 2017.

Mary White writes: “We were honoured to welcome Roberta Beary, Haiku Ireland member and friend to read at Experience Japan Day at Farmleigh Estate in Dublin last Sunday. It’s our third year to read under the cherry blossom in the beautiful 200-year-old Walled Garden. David Kelly (Hammerscale from the Thrush’s Anvil, Alba Publishing) introduced our readers. Roberta’s animated reading was well received. Others read from Stone to Stone, the new Haiku Ireland anthology, and their own collections. We caught Sean O’Connnor’s talk on his new book Let Silence Speak (Alba) in between our two readings. We had one wee April shower but that did not spoil the day. Haiku Ireland is a very active organisation which supports their members in developing as writers with kukai, Ginko, workshops and readings throughout the year. We are on Twitter @Haikuireland and Facebook. Email haikuireland@gmail.com.

“Roberta is Roving Ambassador for The Haiku Foundation and brings a wealth of haiku brilliance. Her encouragement and enthusiasm for haiku is much appreciated.” 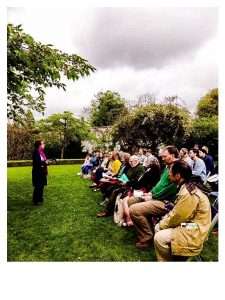 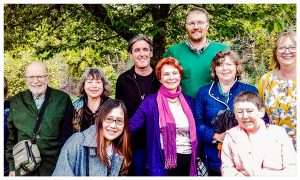 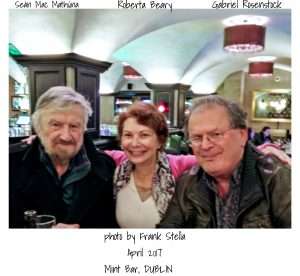