This week, New to Haiku is pleased to interview Susan Burch. Susan has won the first Golden Haiku Poetry Contest and earned a Touchstone Award for Individual Poems in 2018 for her haiku, “blood moon…” This poem also placed second in the 2018 Marlene Mountain Memorial Haiku Contest. Thanks for sharing your haiku journey with us, Susan.

Welcome to New to Haiku, Susan! How did you come to learn about haiku?

I first learned about it in 1997 when my college advisor offered to give me a credit for doing several haiku every week. He only knew it as 5-7-5 syllables, so that’s what I wrote and it was terrible. I liked it but I didn’t love it at the time, and I didn’t know anyone who wrote it. I didn’t even know there was a Haiku Society of America!

Then, in 2013, I was on the internet and found the Tanka Society of America. I began writing tanka in April and joined several Facebook groups and started submitting to journals. There, I saw lots of good haiku and it sparked my interest. I had taken a tanka class with Alan Summers and loved it, so I thought I would try his haiku class. I really didn’t understand it at first, but during his class something clicked in my head and I’ve been writing them ever since.

Alan’s class was as close as I came to a mentor. Nobody helped me find my voice, but through trial and error I did. I love idioms and puns and use them frequently in my writing. I like to be funny and I feel like funny poems don’t get enough credit, especially in contests.

I write on my couch the most, just sitting there looking out the window. In the last few years I’ve become a birder, so they are showing up in more of my poems now, though I still like to use modern imagery. I don’t have a set writing time or process but I find poems in things people say or text, reading books, or taking a walk. I like to use my imagination and I don’t think any topic is off-limits. I also like to let the poem be what it wants to be and I don’t try to force it into a certain form.

You are known for your humorous, insightful senryu. (Click here to learn more about senryu versus haiku.) How do you manage to not cross the line between being funny and being mean?

That’s a good question! I do actually cross it sometimes and I usually don’t send those poems out. I guess there’s a voice in my head that says they’re not in the spirit of haiku, but I also think that’s b.s. We experience every emotion, so we should be able to write about it. I have a book of “angry tanka” out because I believe this and it shouldn’t be any different with haiku. Having said that, I do like to be funny and I don’t like to be mean.

What are some of your favorite haiku and senryu that you have written?


ice-fishing
I catch
a cold

blood moon
he doesn’t take no
for an answer

this divorce
gutting the pumpkin
seed by seed


looking for love
in all the wrong places
proctologist

tailgate party
I wake up in
someone else’s bed

Read lots of haiku and senryu or whatever form it is you want to write. Eventually you’ll see patterns of people you like and you’ll start recognizing their names. Follow the ones that appeal to you the most and how you want to write. Take a class, ask someone to be your mentor or get one through the Haiku Society of America, or find someone to write with and be your sounding board.  Also, be kind to other people and leave comments on people’s poems that you like if you are able to do so. We all feel alone out there and it’s wonderful to know that someone connects with us.

Thanks for always reminding me about submission deadlines. I’d never submit anything if you didn’t remind me! How do you keep your submission schedule so organized?

It’s a constant list and I still miss things! It’s just impossible to remember everything or to be in everything, so my advice is to pick and choose the ones you like best and submit to them first.  Also, I follow the contest listings on the New Zealand Poetry Society website. It’s a fabulous resource and has other haiku happenings too, as well as haiku you can read selected by other poets.

What haiku-related project are you currently working on that brings you joy?

I have a haiku/senryu mini-chapbook forthcoming from Title IX Press. It will be a free ebook so I hope people will read it. It’s really different from other things out there. I’d say more but I don’t want to give it away!

Haiku rocks, found poetry, and magnetic poetry. I also like collaborating with other poets.

Yes. If your poem comes out perfectly the very first time , don’t mess with it! And if it doesn’t, revise it. Sometimes letting it sit for a while will help. But most of all, and no matter what, keep writing!

And thanks for reading! 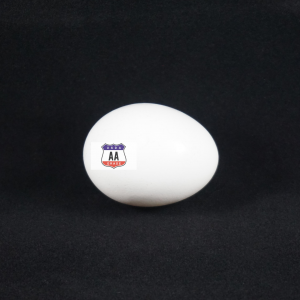