Last but not least, I want to say a word about “rejection.” Most of us are sensitive to criticism in no small part because we are conditioned from an early age to want to be liked, to be accepted, to succeed. Our egos get mixed up in the pursuit of getting published and this is unfortunate, though understandable. Through personal and painful experience, I have come to reframe “rejection” as simply a function, for the most part, of goodness of fit. That is, this poem and this editor turn out not to be well-matched. I realized this by sending the same poem that was declined by one editor and readily accepted by another. I think it helps for new (as well as seasoned) poets to know that there is a distinctly subjective (if not arbitrary) element to the submission process. Of course, one needs to be able to dispassionately assess the merit of any given poem submitted. Not all poems are publishable and with time and experience, poets develop their powers of discernment in knowing where to send a particular poem to optimize its acceptance. I have also consoled myself in knowing that I can always publish unchosen poems in my own books, if I can’t find a home for them in the journals. As I write this, I just received a new chapbook by Adjei Agyei-Baah, which was inspired by his experience of journal rejection. The book is titled Finding the Other Door: Senryu Poems, and is well-worth reading.

I read the aforementioned haiku journals and have a large collection of haiku books and chapbooks by individual poets that I have accumulated over the past thirty years. I reread many of these books because the poetry is universal and enduring. For example, john martone‘s books as well as Ron C. Moss‘s books remain fresh and inspiring despite multiple readings.

What are some of the ways that you engage with haiku in your daily life?

I deeply enjoy reading and writing both haiku and senryu. I am passionate about haiku, and for thirty years it has occupied a central place in my heart. I will write haiku or senryu when I am in a light-hearted or playful mood; I am compelled to write senryu when I am angry or upset about something or when I am struck by a human foible, including my own; and I grieve the loss of loved ones by writing what I call mourning haiku.

I don’t have a great memory but a handful of poems stand out for me that I have written. Here they are:

zen garden
nothing
stands out

ragged clouds
what it feels like
to hold a rake

blue jean patches
the sky will always belong
to my mother

the answer is yes no yes breaking waves

uncertain future
I rest my head on a stream
of moonlight

I don’t care much for stories, as I am primarily interested in truth, so instead I will say that for the last 19 years I have spent the second Sunday in June in a day of remembrance of my father. I write haiku in his honor, and I have done the same for my mother who died the day before my birthday in 2017. During one such day of remembrance, I walked on a trail where I was surrounded by tall, golden grass that was nearly as tall as I am. The warm wind was blowing quite strongly; it called for my attention not unlike my father when he commanded me to do something for him. I listened and the dry summer grass spoke.

I recently completed a manuscript of haiku poetry that I paired with some fundamental teachings of J. Krishnamurti, a secular spiritual teacher whose writings I have studied for more than 40 years. The book is titled A Hummingbird Still: Haiku in the Spirit of J. Krishnamurti. This book is very important to me as a poetic expression of my love for, and deep gratitude to, Krishnamurti.

Without wanting to engage new poets in controversy, I do want to say that I encourage those who have found their way to haiku poetry out of love for nature should feel free to write nature-based haiku. There are a number of haiku critics who appear bored by or impatient with nature-based haiku and ardently advocate for novelty and innovation as well as the use of artifice, of which I have little interest. I am not against experimentation! By all means experiment, but if haiku is for sharing––as the late haiku scholar, William J. Higginson––suggested, then the poetry one puts out into the world needs to communicate something intelligible and meaningful to the reader; otherwise, it dies in transit. With few exceptions much of gendai haiku strikes me as so surreal and insular as to be indecipherable.

I have devoted a considerable amount of time and energy my own mortality, which is anything but morbid. On the contrary, as the Buddha maintained: “Of all footprints that of the elephant is supreme, Of all mindfulness meditations that on death is supreme.” Some years ago, Yoel Hoffmann edited an excellent collection of poetry on the subject entitled Japanese Death Poems, and I edited an anthology called Dreams Wander On: Contemporary Death Awareness Haiku. I encourage all aspiring haiku poets to try their hand at writing death awareness haiku.

One last question. . .You’ve edited several collections of haiku on topics including grief, recovery, and the sacred. What do you see as the role of haiku in health and healing?

First and foremost, I want to say that the haiku anthologies I have edited over the past ten years have been labors of love for me; the themes I have chosen have all been close to my heart. The two most recent anthologies I edited were put together during the pandemic and corresponding with poets and artists from around the world was not only uplifting but counteracted the psychological effects of sheltering in place for a long time.

On a more personal level, I have said on more than one occasion that haiku saved my life: psychologically, emotionally, spiritually. Having developed chronic health problems twenty years ago, I turned to haiku as a way of giving expression to my grief over multiple losses while still remaining creatively engaged. My life circumstances may have been circumscribed by pain and illness, but haiku preserved and elevated my spirit and for this I am eternally grateful. Sharing the haiku I have written about grief and loss, illness and pain, has counteracted loneliness and isolation. In addition, fellow poets have written to tell me how much they have resonated with my experience, which has been moving to me.

The mourning haiku I have written in response to the deaths of my parents has enabled me to ground these losses in nature. It is through mourning that one recovers a sense of wholeness as well as a deeper understanding of the human experience. Invariably, I have had important insights into the nature of life-and-death while grieving the losses of loved ones. The most profound insight I had was in realizing that my mother’s dying was her last act of love. I cannot put into words how healing this realization has been for me. Do not be afraid to grieve or to force yourself “to move on” quickly following the death of a loved one. Have the courage to face your losses and consider using haiku as a platform for attaining a fuller understanding of life-and-death, as the two are not separate or opposed to one another. One of the most moving poems I have read, which I return to often, is Basho’s last haiku and I will let the father of haiku have the final word:

sick on a journey
over withered fields
dreams wander on 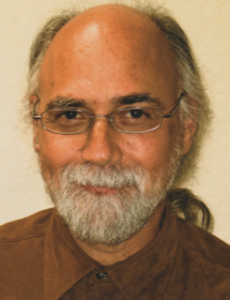 Robert Epstein, a strength-based and collaborative psychologist living and working in the San Francisco Bay Area, has been writing and publishing haiku since the early 1990s. In addition to publishing several books of original haiku, he has edited numerous haiku anthologies. His most recent book of haiku is Contemplating Nature: Pictures, Passages & Haiku; his latest anthology is The Helping Hand Haiku Anthology.