skip to Main Content
Menu
This week, New to Haiku is pleased to interview Réka Nyitrai. Her debut collection of haiku, While Dreaming Your Dreams, won a 2020 Touchstone Award for Distinguished Books. Thanks for sharing your haiku journey with us, Réka.
In Advice for Beginners posts, we ask established haiku poets to share a bit about themselves so that you can meet them and learn more about their writing journeys. We, too, wanted to learn what advice they would give to beginning haiku poets. 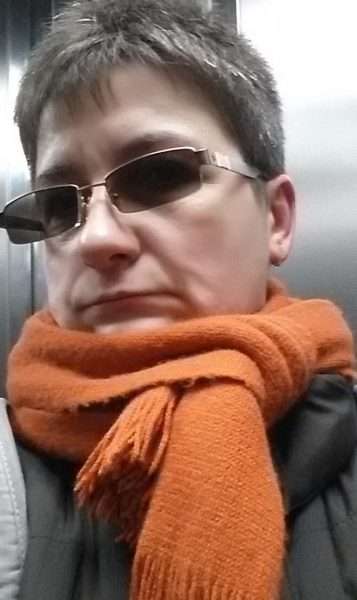 Welcome to New to Haiku, Réka. How did you come to learn about haiku?

Although I have always been interested in poetry, three years ago I had a very intense period of hunger for beauty and art. At that time I used to read and copy out several poems a day in my notebooks. I also read either a novel or a short story collection on a weekly basis. During this time I came across The Narrow Road to the Deep North by Basho and through this haibun book of his I discovered haiku.

I was lucky to have many mentors (David Read, Dick Whyte, Clayton Beach, Danny Blackwell, Alan Summers, Ed Bremson, to name a few) as I used to workshop my poems in several Facebook groups dedicated to haiku workshopping. I also have been an active member of the Haiku Nook community on Google+.  At the beginning, for almost two years, whenever I read a haiku that I considered well written, original or outstanding in some way, I copied it into my haiku notebook and kept reading and rereading it/them till I knew it by heart.

At the moment I am writing more prose poems than haiku.  I like to experiment with different forms and genres and feel that each informs the other. I do not have any particular writing process, I can only say that on days when I am unable to write I feel incomplete.

Congratulations on receiving a Touchstone Award this year for your book, While Dreaming Your Dreams! What was the inspiration for this collection?
The poems from my debut collection While Dreaming Your Dreams were written during the first two years of my haiku journey, inspired by my daily life and memories triggered by different emotions, events and dreams. The poems were selected from my haiku notebooks by my publisher, Danny Blackwell. Danny made the selections, ordered the flow of the poems, and designed both the book and its cover.
What are your favorite haiku that you have written? Can you share a story behind one of them?

Every time a haiku of mine gets published, that particular one occupies my mind for a while. My best known haiku is the one I wrote about my father being diagnosed with lung cancer:
an octopus

Dave Read proposed it at re:Virals as “one of the finest haiku ever written in English”.

I usually read at least one haiku per day.  I like to take a daily dose of Fay Aoyagi’s haiku blog: Blue Willow Haiku World. I also follow what is published on Heliosparrow Poetry Journal, is/let and weird laburnum.
What haiku-related project are you currently working on that brings you joy? What do you like about it?

Alan Peat and I have started a shared project where we come up with new, modern (gendai) kigo (season words). So far, we came up with some for spring and summer, such as: green dog, daffodil haze, raining ropes, dandelion love. We then use these in new haiku.
For those just starting out, what advice would you give?
Read daily and write daily. Do not read only one kind of haiku – read the classics and read modern (gendai) poems  too. Dare to be different! Take rejections lightly: editors are human beings and their views are as subjective as yours and mine. 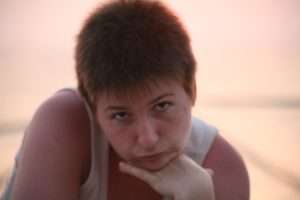 Réka NYITRAI lives in Bucharest, Romania. She is a spell, a sparrow, a lioness’s tongue — a bird nest in a pool of dusk. She writes Japanese short forms (haiku, tanka), cherita, and other micro poems. She is the recipient of a Touchstone Distinguished Books Award for 2020 for her debut haiku volume While Dreaming Your Dreams (Valencia Spain: Mono Ya Mono Books, 2020).