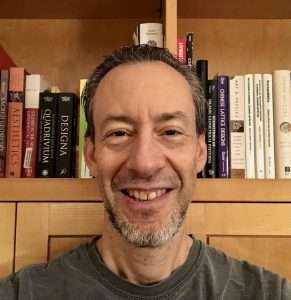 Jay Friedenberg is President of the Haiku Society of America and served for two years as Associate Editor of the organization’s journal Frogpond. He is a member of the Spring Street Haiku Group that meets monthly in New York City. Jay has had his poetry accepted in numerous U.S. and international journals and has published several book collections of his work. He has won multiple U.S. and International haiku contests.