This week, New to Haiku is pleased to interview Ferris Gilli. She served as Associate Editor at The Heron’s Nest for 18 years, and has won numerous prizes for her haiku and renku. Thanks for sharing your haiku journey with us, Ferris. 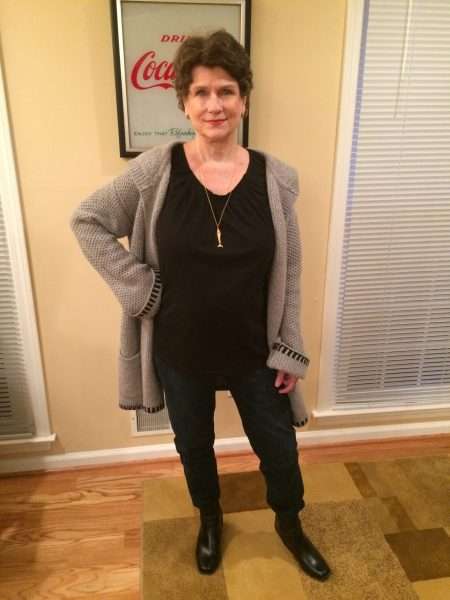 Welcome to New to Haiku, Ferris! How did you come to learn about haiku?

Browsing through a college bookstore, I found two small, thin books of haiku by the Old Masters, translated into English. (Back then, I didn’t know what a haiku was.) The covers were lovely, and I thought they would make interesting “coffee table” items. They kept getting packed and unpacked as I moved from place to place. On a ranch in Paraguay, I read them for the first time, and was hooked. A decade later, back in the States, I was shown how to use a computer, and the first thing I did with that gift was search for “haiku.” I found the Shiki Internet Haiku Salon, and that changed my life in positive ways I would never have imagined.

I’ve had several wonderful haiku mentors over the years. The late Robert Spiess’s encouragement further set the hook, and his haiku greatly influenced my own. Some of the best advice I received from experienced haiku poets was to seek to evoke emotion in readers, but without using words of emotion in my haiku. I was also advised that instead of simply writing linear statements, I should look for ways to effectively juxtapose disparate images. Another bit of gold was to read my haiku aloud, to test its musicality. Others were to infuse haiku with truth and immediacy, and when using familiar images, show them in fresh ways.

I most often complete haiku at my desk; however I’m forever jotting down little notes anywhere I happen to be, to remind me of haiku that I want to write later.

If I’m writing in the classical haiku structure, my writing process includes first putting down what I believe will be the main part of the haiku, the main focus (usually the longer part), which I like to call the body; next, I add what I refer to as the setting. Then I move the words around in my head, on the page, testing their order, the effects of their imagery, their meanings, the meaning of the whole poem when its two parts are juxtaposed. I try different arrangements of words and lines, perhaps removing one or two words or adding one or two. When I think it’s finished, I set it aside for days or weeks, then come back to it for a fresh look. It is then that I am most likely to spot something that needs improvement. Yet sometimes magic happens, and a haiku, whole and finished, writes itself on the spot, and there is not a word I could change. A deep sense of awe comes with those haiku.

If the question is how do I approach reading haiku as a critic or commentator, then I read first for pleasure, looking for resonance. I read a second time with specific qualities in mind, and to discover how deeply I can enter the haiku (or how deeply the poem can enter me). Then read again and again, until I feel saturated with the essence of the haiku.

As for reading haiku because it’s there and I’m in the mood, I don’t really “approach” it. I simply click the mouse on the webpage or open the paper book and start reading. I think I read haiku the same way I eat from a buffet, alert for something different and delicious. Try a bunch of these, a helping of that, a smidgen of the other, and then have more of what satisfies me most, from my favorite journals and authors. I also open newly founded journals with great anticipation—it’s exciting to find new writers with fresh ideas.

For those just starting out with haiku, what advice would you give?

Read, read, read published haiku and senryu in the major journals, and compare your own work to what you find in those. When you first complete a haiku, don’t rush to submit it somewhere; instead, let it sit for a day or two or longer, then come back to it with fresh eyes. That’s when you’re most likely to notice something in your new haiku that needs more polish. I really can’t emphasize the value of a waiting period enough.

What do you think are the most important lessons for new haiku poets? What are the essential components of haiku composition?

I believe the most important lessons for new haiku poets are to write from their experiences and to pay close attention to the world around them in their day-to-day lives. In that way, poets develop an instinct for recognizing haiku when they happen. When poets begin submitting their work to journals, they should be determined to learn from their turndowns as well as from their acceptances.  They should listen to suggestions and comments from editors and other experienced poets with an open mind.

New haiku poets should learn the essential components of haiku composition, and know them so well and how to apply them, that they can realize when crucial elements are missing from their haiku. New poets who seek publication should work toward instinctively editing their haiku by looking for the following components in their finished work:

What are your favorite haiku that you have written? Can you share a story behind one or more of them?

I have many favorites, for different reasons, but these three popped into my head, possibly because all three just about wrote themselves. And the second and third haiku bloomed from magic.

all the tears
I’ve held back
gannets on the sea

I spoke the first and second lines aloud, and an image of the gannets instantly came to mind.

My grandson was about six months old. He and my daughter and I were sitting under her beautiful weeping willow on the front lawn. The day was one of those perfect days, with perfect weather, ideal temperatures, crystal clear air. My daughter and I were joyous at being able to visit and talk about anything and everything, while being constantly delighted by my little grandbaby. Willow fronds stirred in the breeze, and dancing leaf shadows enthralled the baby.

fireflies one by one the half-tame rabbits come to feed

That is exactly what happened one summer, evening after evening, as the rabbits arrived to eat the bread that we tossed on the lawn for them. I haven’t given up the idea that some of the gently blinking, flowing lights were fairies.

Currently I’m finding joy in mentoring new haiku poets. Some are in the US and some are in other countries. As always, I constantly learn from the poets I mentor. And there’s nothing else quite like meeting the haiku spirit of a new writer.  That alone is a gift to me, one I never take lightly. 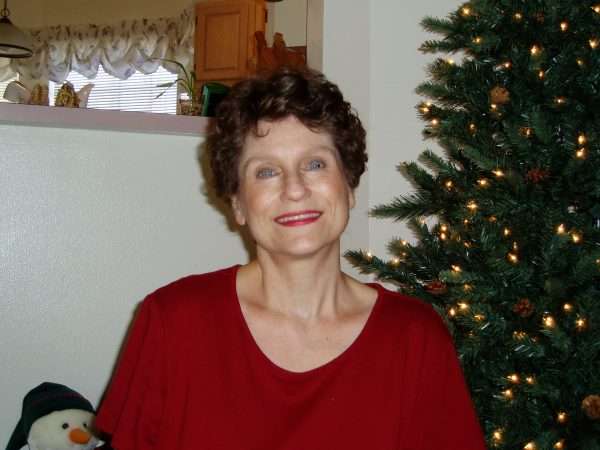 Ferris Gilli’s award-winning work has appeared regularly in eminent haiku journals since 1996, and she is a frequent judge for several prestigious haiku-related contests. She served as an Associate Editor of The Heron’s Nest from December 2000 to August 2018, and currently serves as the journal’s Consulting Editor.