Happy 2022! As our first post of the new year, New to Haiku is pleased to interview Deborah P Kolodji. A leader in both English-language haiku and science fiction short-form poetry, she is the California Regional Coordinator for the Haiku Society of America, a member of the board of directors for Haiku North America, and the former president of the Science Fiction & Fantasy Poetry Association. Thanks for sharing your haiku journey with us, Debbie.

Welcome to New to Haiku, Debbie! How did you come to learn about haiku?

Like many of us, I wrote my first haiku in fourth grade following a 5-7-5 lesson plan. I later took two years of creative writing as a high school elective, even editing the school literary magazine, and yet I still wasn’t exposed to anything beyond the syllable count. As I continued to write poetry as an adult, mostly speculative poetry, over time I began to feel my work was too wordy. In the 1990’s, I joined the scifaiku mailing list on Yahoogroups, experimenting with short 5-7-5 science fictional thoughts. There, I met gK, a poet who told me about a haiku group which met in Long Beach at a bookstore.

At that time, I was a single mom with three kids, but as the older ones started to move out and go to college, gK kept reminding me about the haiku group and eventually I drove to the bookstore and met Jerry Ball. Jerry quickly changed my perception of haiku and what haiku could be. Over the next several months, I bought every haiku book I could find in the bookstore and others around Southern California. At some point, I discovered an early Red Moon Anthology and I loved what contemporary poets were writing. I looked at the publication credits in the back and began subscribing to the journals I saw listed there. In 2002, I attended one day of Haiku Pacific Rim in Long Beach where I met some of the people behind the names in my books and journals. Twenty years later, I am still buying haiku books, subscribing to journals, going to haiku conferences and events, and I moderate the haiku group that changed my life.

Jerry Ball was my haiku mentor. He taught me about kigo, kireji, and juxtaposition. He envisioned the Southern California Haiku Study Group as a place for like-minded poets to study haiku together, and I learned so much from each monthly workshop. One of my favorite sayings of Jerry’s was his reply to a question like, “Can you use rhyme in a haiku?” or “Can you use the “f” word in a haiku?” His reply would always be, “Yes, but not often.” I loved the idea of experimenting and seeing where my imagination would take me.

David Priebe, who published Haiku Headlines, was a member of the group and each month he’d bring issues to hand out, so I started thinking about publishing my own, and some of my earlier haiku publications were in Haiku Headlines.

I keep my writing notebook close by so I can make notes in it regardless of what I am doing. I may not write a complete haiku; I often write what I consider “haiku seeds,” essentially half-haiku, either a phrase or a fragment of whatever caught my attention that I can work into a haiku later. I love going on ginko expeditions, whether in a botanical garden, at the beach, at a National Park, on a boat/train/airplane, on a walk around my block, or, in this time of COVID-19, simply sitting in my backyard.

Read as much as you can. There are great online resources and journals in addition to the books and print journals I started off with long ago. Write what you see, whatever strikes you at the time. If an idea intrigues you, write down the “haiku seeds” and worry about forming a haiku out of it later if something doesn’t happen in the moment. If it does, consider it a gift from the universe, but still check back in a week or so, to see if you have any edits.

If there is a local haiku group, consider joining it. Consider attending a haiku conference or retreat. Keep writing and writing and writing. In this world of Zoom, attend a Zoom haiku meeting or conference. There’s a community aspect to haiku where I believe being around other haiku poets helps you discover your own haiku sensibility. Make friends with other haiku poets. I have several haiku friends that I love to bounce ideas off and who bounce ideas off me.

First of all, I love going to haiku conferences, which is why, after being a co-organizer of the 2013 Haiku North America conference on the Queen Mary, I ended up eventually joining the board of directors for Haiku North America. The 2023 conference will be in Cincinnati, Ohio and I hope to see many of you there. In the non-pandemic era, I also have attended Asilomar, Seabeck, Haiku Canada Weekends, HSA Regional Meetings, and Haiku Circle. It is fun being around other haiku poets, I love participating in workshops, I love haiku walks, and can stay up all night for an anonymous haiku workshop.

Some highlights over the years for me include an unofficial ghost walk on the Queen Mary at midnight with Naia and the HNA board, a MetroRail ginko for an HSA weekend hosted in Pasadena, a Haiku Canada Weekend in Whitehorse, Yukon Territory, where I tried to stay awake to see if it really got dark, a boat ginko in the Naples area of Long Beach, and a recent boat ginko with 3 other haiku poets in the San Diego Bay, where I wrote tons of haiku. I have enjoyed road trips to the Asilomar Conference Center in Pacific Grove where we wrote haiku as we were driving (with Wendy Wright) or read haiku from books and journals and then critiqued them (with Naia).

One really wonderful event evolved. For the HSA weekend in Pasadena, we had an “urban haiku” reading accompanied by an electric guitarist and a slide show of urban images. This evolved into a presentation for the Asilomar Haiku Pacific Rim in 2012 by Naia, Gregory Longenecker and myself, which was seen by Alan Pizzarelli and Donna Beaver, who then subsequently recorded us and edited it into a podcast for the Haiku Chronicles, “Ants on the Sidewalk.” I recently discovered that the Poets & Writers website has a link to the Haiku Chronicles podcast on their website.

morning tidepools
a hermit crab tries on
the bottle cap

This haiku reminds me of the years of family campouts at Leo Carrillo State Beach in Malibu, where I’d get up at dawn to walk down to the tide pools, while everyone else was still asleep in their tents.

white marble
I am small at the feet
of Lincoln

My first trip to Washington, DC was when I graduated from high school through a summer program called “Capitol Classroom.”  This haiku always brings back how I felt standing there.

hospital hair
the ghost of who
I am

Over the last couple of years, I’ve written many haiku about cancer and serious illness and this one really sums up all of them.

I like to use this haiku as an example of how scifaiku or speculative haiku can show a greater truth than the actual scenario which actually inspired the poem. When I was about 12, I went on a family road trip with my parents and little sister, and at some point we stopped at a gas station in Oklahoma. While my dad filled up the tank, I got out of the car to stretch my legs.  I noticed the dirt/sand in that area was red and I asked my dad, “Is this what Mars looks like?” My dad replied, “I don’t know. I’ve never been there.”

I have green eyes and I remember standing there thinking that the only green thing was my eyes. I also remember the feeling of being sort of marooned in this strange place, this gas station stop by the road, so far from home. I could have written “a gas station/in Oklahoma/the only green her eyes” but that doesn’t capture the feeling of being sort of helpless to the whims of the “mothership,” so to speak. I think that writing this haiku as if the person is actually on Mars evokes that sense of being hopelessly far from home, conveying a greater truth than the actual scenario experienced. Scifaiku/speculative haiku when done well accomplishes this.

You were the president of the Science Fiction & Fantasy Poetry Association for 5 years. What is speculative haiku? How is it different (or similar) to “regular” haiku?

Also, there have been discussions regarding science poetry, of which I write a lot. I feel that science, by its very nature, is speculative, so I classify science haiku as speculative haiku, as well as any haiku that uses speculative imagery, or any haiku written about a speculative situation.

Regardless of how you define it, images of science, from mathematics and technology, from science fiction, from myths and legends, and from horror, can become interesting prompts to write about. I write my “speculative haiku” the same way I write my “regular haiku,” but I just use more fantastical images. I subscribe to the daily JPL update and some science e-mail lists, so I often read science and astronomy “popular” articles (versus scientific papers, lol). Sometimes, the images intrigue me so I jot them down. I find that the speculative haiku which work best are those where the speculative image juxtaposes with my everyday life or recounts something that actually happened to me in a speculative way.

the tug
of a black hole
this isolation

“The tug of a black hole” is a speculative image, but “this isolation” — written in the time of the pandemic and stay-at-home orders — means that while this poem is a “speculative haiku” about a black hole, it also can be read as a pandemic haiku.  It could also be read as a haiku about illness, a haiku about being separated from one’s family, or as a divorce haiku.  Or, it could be read literally, like a science fiction story, imagining the isolation of being in a spaceship being pulled into a black hole. 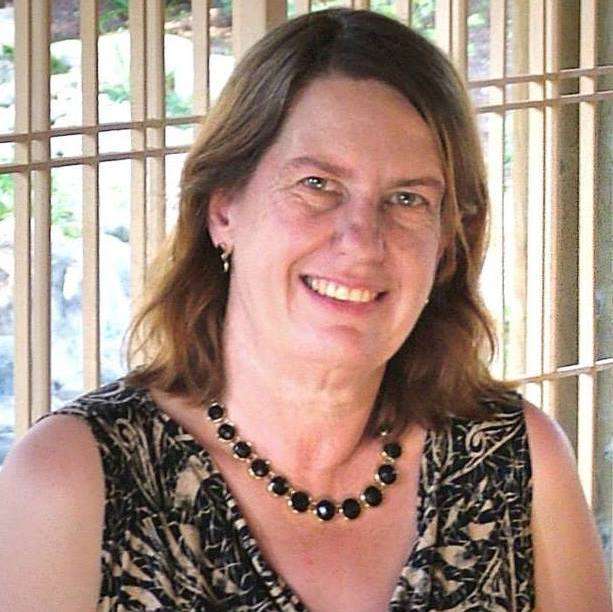 Deborah P Kolodji is the California Regional Coordinator for the Haiku Society of America, a member of the board of directors for Haiku North America, and the former president of the Science Fiction & Fantasy Poetry Association. She has published over 1000 haiku and her first full-length book of haiku and senryu, highway of sleeping towns, won a Touchstone Distinguished Book Award from the Haiku Foundation. Her e-chapbook of speculative haiku, tug of a black hole, is available as a free download from Title IX Press.