Today, at New to Haiku, let’s meet Corine Timmer. Corine’s haiku have been published widely and have earned numerous honors, including first prize in the International Section of the 22nd Mainichi Haiku Contest, and the International Sakura Award in the 2018 Vancouver Cherry Blossom Festival Haiku Invitational. She is the editor and publisher of five anthologies of haiku based upon the signs of the zodiac: Barking Mad, Hog Wild, Rattled, Bull-Headed, and Rip-Roaring. Thanks for sharing your haiku journey with us, Corine.

Welcome to New to Haiku, Corine! How did you come to learn about haiku?

Haiku found me. I had never heard of haiku before 2015. After a brief flirtation with the genre in an online forum for self-publishing, I landed on the NaHaiWriMo (National Haiku Writing Month) Facebook page by accident in 2016, or was it fate? I participated in the daily prompts by Michael Dylan Welch during February 2017 and wrote one haiku a day for a year thereafter. At first, it was a puzzle. Then, somewhere during that year, I became more comfortable with it. My first published haiku appeared in Blithe Spirit in 2017.

on the memorial bench
a butterfly
opens its wings

When I learned about photo haiku and haiga I was naturally drawn to those, being a visual person. In fact, for a time, I was drawn to so many things at once that it became overwhelming. I want to go back to the core. Less is more. It’s not about quantity. It’s about quality. The circle is starting again.

My advice may not be helpful to all as everyone’s haiku journey is unique. My journey is an intuitive one. For that reason, I would say open up your heart and your senses. Don’t overthink it. Tap into your inner-child. Follow your instincts. Once a moment or idea has gripped you, think about how to convey it in few words. If you’re not sure about a poem, put it away and revise it after a couple of weeks or months. If it still doesn’t sit well with you, move on. When I need to be reminded about technique, and most of us do at times, I usually visit the late Jane Reichhold’s website, AHA poetry. The Haiku Foundation is another good place to learn about (and participate in) haiku. It sets a high standard and the website is easy to navigate.

If you’re living solo and or geographically isolated, if you’re an introvert, or if the people in your orbit don’t share your haiku passion, the camaraderie and diversity in the online haiku community can be a welcome presence, in small doses. Too much of it can paralyze inspiration, creativity, and authenticity (in my opinion). Too little of it means your work doesn’t reach an audience and you don’t get to enjoy work by fellow haiku poets (haijins). Find the right balance for you. Be selective. If there’s a local haiku group near you, join it.

My mentor was Michael Dylan Welch. I was eager to learn, and he was generous with his time and expertise. He’s a good mentor because he made me find the solution myself, rather than spelling it out for me. I still consult him at times. His website, Graceguts, is a treasure trove for haiku aficionados. Back in 2017, he asked me to proofread Jumble Box: Haiku and Senryu from National Haiku Writing Month. I realize now that that was part of the learning process. I particularly enjoy haiku by Ferris Gilli and Diane Tomczak. I’m naturally drawn to poems that are simple yet profound. One plus one equals three. The haiku that swept me off my feet at the start of my haiku journey is a poem by Chiyo-ni.

perfuming the man who broke its branch — plum blossoms

At the moment I don’t have a writing process. I write when I’m inspired. For that reason I don’t have a fixed place. Images, natural scenes, news flashes, scents, and memories regularly inspire me. The NaHaiWriMo Facebook community is a good place to find daily inspiration in the form of prompts. Certain prompts can trigger an unexpected response, one you may never have thought of before. It’s also fascinating to witness the response by others to the same prompt. Not all haiku poems are true nature poems. Some haiku spring from an idea. Does this make them less valid or attractive? Not in my view as human nature is part of nature, right?

I haven’t read many (how to) haiku books. I’m not a prolific reader or writer. When haiku found me, I just jumped into the deep end and started writing and creating. I’m an outdoor girl. A lover of nature and alone time. I don’t particularly enjoy lengthy analysis. Do we always need to know why we like something? Having said that, I appreciate that certain haiku techniques can be taught. Reading is one method of learning. The advantage of reading many haiku is that one gets exposed to the variety of possibilities within the genre. The disadvantage of reading many haiku is that it can spoil authenticity. I digest bite-sized haiku books better than chunky anthologies, but preferences can change. Time will tell.

I have used haiku in photo haiku (the art of combining haiku and photography to create meaning and experience), haiga (the art of combining haiku and art), and haiku film (the art of re-imagining the haiku and expressing it in an audio-visual format). The Haiku Foundation hosts the HaikuLife Haiku Film Festival once a year as part of International Haiku Poetry Day. I participated the past four years. I enjoy following people who create freely and push the boundaries.

I also create electronic music to haiku at Naviar Records using an app called GarageBand. Again, I just jumped into the deep end and started creating. Naviar is a music community and label where contributors explore the connection between experimental electronic music and traditional Japanese poetry.

One of my haiku appeared in a restaurant menu for one season. The nice thing about that is that the poem reached an audience outside of the haiku community. Haiku is a mindset powered by the laws of nature. We can all tap into it.

— First published in The Signature Haiku Anthology: Including Senryu and Tanka, May 2, 2020

Autumn is my favorite season. I love the vibrant reds, oranges, yellows and deep purples associated with death and decay. I, too, want to leave this world on a high note.

daffodils in a breeze my youth

summer holiday
walking the dogs
where they want to go

table for one
the waiter offers me
a gossip magazine

divorce process
the weight of
the air between us 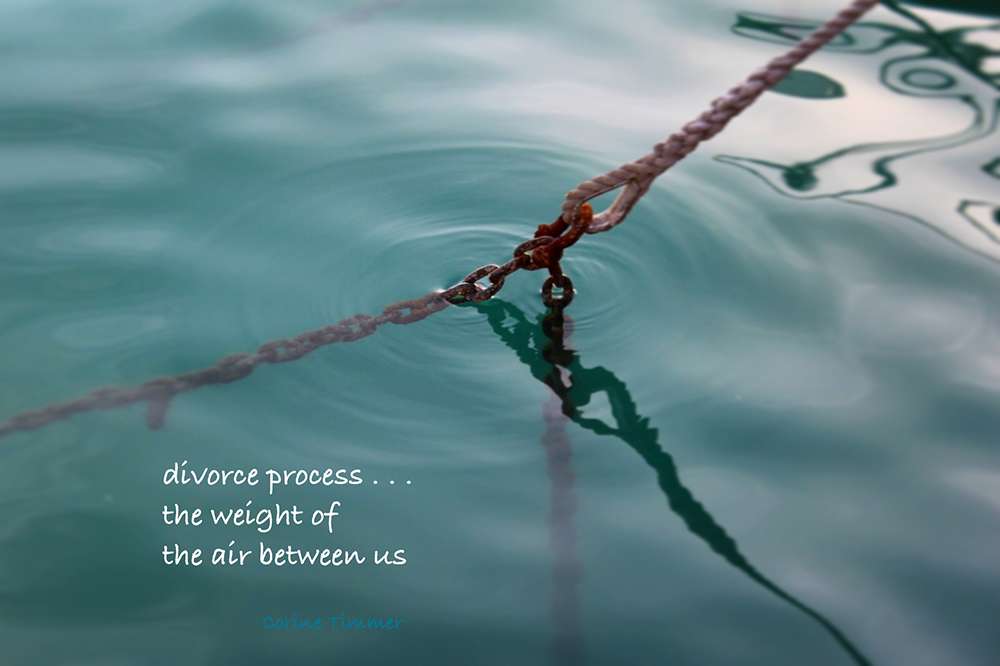 a caterpillar
scarring the fig leaf—
what it takes to fly

first kiss
the tingling
in my toes 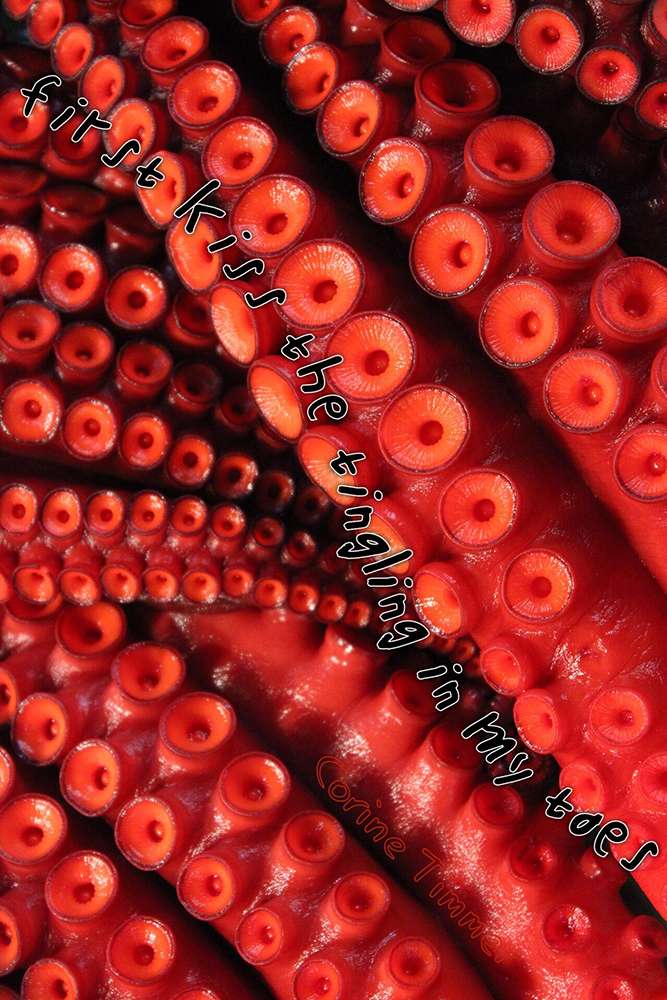 — First published in Gratitude in the Time of COVID-19: The Haiku Hecameron, 2020

along the railway ties
near the death camp
not one weed

fifty years of marriage
he still laughs
at his own jokes 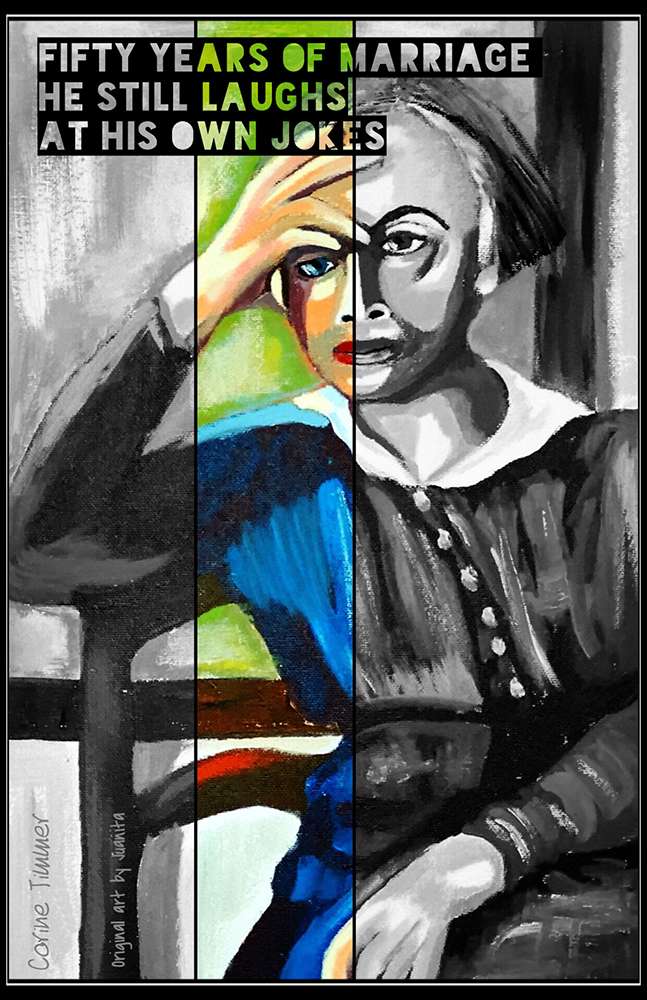 For the last several years, you have been editing and publishing haiku anthologies based upon the signs of the zodiac. Can you tell us more about this initiative? What prompted you to start it? What are your goals for the project?

I live in rural Portugal between the sea and the Algarvean hills. Animals and nature are a passion of mine. Both play an important role in my well-being. Over the years I have adopted many street dogs and other animals. When I learned that 2018 was a year of the dog, the idea for a Chinese zodiac haiku collection was born. It was an impulsive decision. My background in design as well as experience acquired during the publication of my children’s storybook helped me take the plunge. The aim from the start was to create a small anthology that would appeal to a wide audience, including children. Each year proceeds (after printing cost) go to charity. In 2023, the sixth anthology will be published in celebration of the Year of the Rabbit. This means there are seven years to go before the cycle is complete. I hope I’ll be able to inspire contributing poets that long. Without them the series wouldn’t exist. If it all works out, I may publish a special edition including the whole collection. Either in one book or twelve books in a custom-made box. Who knows? There’s a long journey ahead. A journey I didn’t plan. A journey that’s making me read and analyze haiku. Who would have thought it just a few years ago? 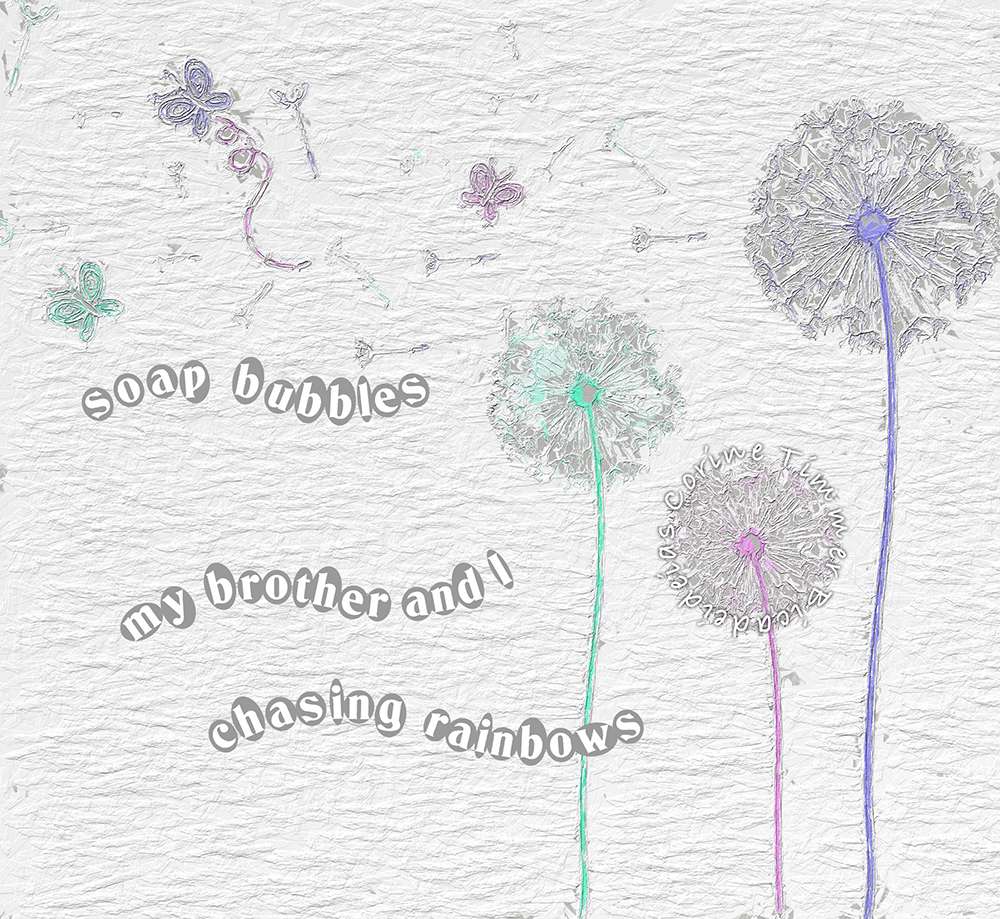 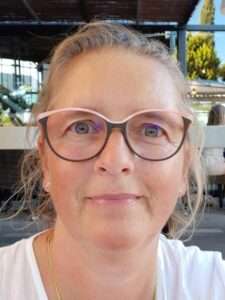 A fun bio: Corine Timmer lives in a treehouse in a green oasis in the midst of urban sprawl. She refused gravel on the dirt track up to her property to deter visitors and fast traffic. She prefers the company of butterflies and dogs to her neighbours. She loves to dance, walk, eat dark chocolate and shower outside (though that’s tricky with the increase in human life in her orbit). Once a week, preferably on a Sunday, she enjoys meeting family and friends for lunch (not dinner). Corine always knows when it’s six in the evening as her donkey will bray for her dinner. That same donkey can switch the lights on and off with her lips. Corine suffers from from “math trauma” but is good at ideas (creative expression), haiku and being alone. Her best-loved season is autumn and she’s not afraid of the dark.

A serious bio: Corine Timmer is a visual artist, author, publisher, award-winning haiku poet, and street dog advocate. She lives in rural Portugal between the sea and the Algarvean hills. Timmer has completed five anthologies of animal haiku keyed to the signs of the Chinese zodiac and is at work on the sixth. She is a member of the British and American haiku societies and various online children’s literature groups. Her website is www.bicadeideias.com.