This week, New to Haiku is pleased to interview Chad Lee Robinson. His most recent collection of poetry, The Deep End of the Sky, won the 2014 Turtle Light Press Haiku Chapbook Competition and received second place in the Haiku Society of America’s Merit Book Awards for 2016. Thanks for sharing your haiku journey with us, Chad.

Welcome to New to Haiku, Chad! How did you come to learn about haiku?

In the fall of 2002, I was an English major at South Dakota State University. I took a creative writing course where the professor, then South Dakota poet laureate David Allan Evans, introduced the class to haiku with a translation of Basho’s crow on a bare branch. After class I went to the library and found The Haiku Anthology (third edition) by Cor van den Heuvel and Haiku Moment by Bruce Ross. I was hooked.

Do you have a haiku mentor? Did someone else’s haiku greatly influence your own?

I never had a haiku mentor. Most of what I know I learned from reading haiku. While I have been inspired by many individual haiku and related poems, I am most influenced by poets who have produced a substantial and high-quality body of work, especially if the work has a strong sense of place, particularly Elizabeth Searle Lamb, Marian Olson and John Wills, but also Michael McClintock, Lee Gurga, Laurie Stoelting, Ce Rosenow, and Wally Swist, among others. Other haiku poets whose work I return to often are Cor van den Heuvel, Nick Virgilio, Gary Hotham, and Stanford M. Forrester.

Unfortunately, I don’t have a dedicated writing space. I write wherever I am which is usually at work or in the car or at home. I love to carry a pocket notebook and a pencil, but I haven’t been doing that during the pandemic. So I put poems and ideas for poems in my phone and then transfer that work into a notebook when I get home.

As far as a writing process, I suppose what I do can be considered a process, clumsy and sporadic as it may be. I don’t have a dedicated writing space nor do I have a dedicated writing time. I’m not the kind to wake up early and write for a few hours before it’s time for work or to take my son to school. Instead, I start by looking at a new haiku I’ve written and I try it different ways, with different line breaks, different phrasings, with a kigo, without a kigo, etc., until a version either feels right or sticks in my head. I like to type these versions out as I go so I can see the path a haiku takes. While I’m doing this, sometimes I will shift to other haiku I’m working on, and I just go with the flow until I get pulled away. Sometimes I have only minutes to work on haiku, other times an hour or more. Eventually, I may end up with something that works.

I read haiku for enjoyment, of course, and read as much as I can get my hands on/afford. But reading is also an important part of the writing process, and so I also read haiku for inspiration and to learn what works and what doesn’t. When I write I will read the haiku out loud to hear any repetition in sound (which I find helpful in word choice and line breaks) as well as for rhythm and flow.

Write, whether you have a dedicated writing space and time or you do it on the go like me. Write in whatever way works for you. Picasso said, “Inspiration exists but it has to find you working.” If you wait for a haiku to just come to you, you’ll probably not write anything. If writing haiku matters to you, then just do it. Read all the haiku. Subscribe to the haiku journals. Buy the individual collections of haiku (from a press or direct from the author). Pay attention to the poems that speak to you and figure out how they work, figure out how you can do that in your own work. If there’s a haiku group in your area, think about joining it. For a lot of people, workshopping your haiku can be of enormous help, plus you’ll make connections within the haiku community. If you don’t have a haiku group where you live, that’s okay too. You can do it all on your own just like I have. Don’t be afraid to have fun, stretch out and experiment. Set goals. I set a yearly publishing goal and break that down into monthly goals. Keep your goals reasonable and flexible with the ebb and flow of the writing.

I’ve been working very sporadically on a manuscript since 2017, and have some chapbook ideas, but nothing solid at the moment. I’m just enjoying writing haiku.

I greatly enjoyed reading your haiku chapbook Rope Marks. This work is quite different from other collections that I’ve read, highly evocative of life in the Dakotas. What techniques do you use in your haiku to help connect a reader to a sense of place?

That’s a good question, and tough. I think there’s a number of reasons readers connect to a sense of place. My focus is usually on the images I use. I try to choose images that most people think of when they think of the prairie, so lots of horses and buffalo, farms and ranches, and sky. I say that I choose the images, but most of the time I just write using imagery that I enjoy, and so it happens more naturally than what I suggested. Some of the images I choose are most often thought of in a prairie setting but can be found in other places, like horses and barns, so that helps to connect more readers. There also may be a certain amount of nostalgia inherent in certain images.

More importantly, the prairie is where I’m from. My roots here are deep, going back more than a few generations. My family members have been farmers, ranchers, business owners. So they’ve known the land and the people. I have had family members work on Mt. Rushmore and the Pick-Sloan Project (building dams along the Missouri River). I have watched family members live out their lives here, and witnessed others die young (specifically thinking about my brother who died at age 14 of accidental drowning in the Missouri River, only a few blocks from home). I may not be a farmer or ride a horse, but I love the fields and open spaces. I have been connecting with the land since I was a boy. And when I write about the prairie, I do my best to make sure the poem is authentic. The prairie is a part of who I am. It’s as present in my life as my wife and son. 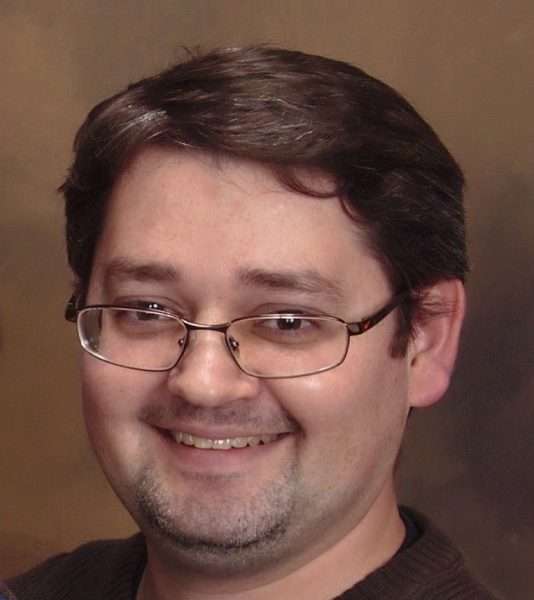 Chad Lee Robinson first learned about haiku in 2002 as an English major at South Dakota State University. Over the years he has published hundreds of haiku and related poems, including three haiku collections: Pop Bottles, Rope Marks, and The Deep End of the Sky. When he’s not writing haiku, Chad spends time with his wife and son, and works as the manager of his dad’s small grocery store in Pierre, South Dakota. You can find him on Instagram @dakotaku80 as well as on Facebook. He blogs at https://dakotaku.wordpress.com.