This week, New to Haiku is pleased to interview Brad Bennett, the current assistant haiku and senryu editor of Frogpond. Brad’s first haiku collection, a drop of pond, won a Touchstone Distinguished Books Award from The Haiku Foundation in 2016. Thanks for sharing your haiku journey with us, Brad.

Welcome to New to Haiku, Brad! How did you come to learn about haiku?

In college, I took an Asian literature class and we read wonderful Chinese, Korean, and Japanese texts. That’s when I learned about haiku. I think we read Harold G. Henderson’s An Introduction to Haiku. We ended the semester by writing a class renku together.

I taught haiku to third graders for almost twenty-five years as part of a larger poetry unit. One of my favorite days in each school year was when my students and I experienced a “Haiku Afternoon.” First, I would read a picture book titled Cool Melons—Turn to Frogs! The Life and Poems of Issa, written and translated by Matthew Gollub and illustrated by Kazuko G. Stone. It’s a biography of Issa accompanied by his poems and lovely watercolor and colored pencil illustrations. In the book, it describes how Issa composed a hundred haiku during a party that his students threw for him. We used Issa’s accomplishment as inspiration to see how many haiku we could write as a class in one afternoon. At the end of the day, the hundreds of haiku taped to the whiteboard and walls of the classroom were so inspiring.

I am currently a member of the Broadmoor Haiku Collective. Several years ago, we started walking together in quarterly ginko at the Broadmoor Audubon Sanctuary in Natick, Massachusetts. Since the pandemic started, we’ve been meeting monthly via Zoom. We have been experimenting with all kinds of haiku writing prompts. We started with photos, to mimic the ginko experience, but have since tried prose, paintings, music, quotations, a Japanese micro- season app, nature videos, videos of dance performances, and free verse poems. Each month, we meet via Zoom and share our poems. It’s been fascinating to hear how people were inspired by these different media as they wrote their haiku.

Since COVID began, I have been leading in-person masked haiku walks in local conservation areas and teaching on-line Zoom haiku classes to adults. It’s been a whole lot of fun. Getting outside, providing opportunities for others to enjoy natural areas and get inspired to write haiku, and researching specific haiku-related topics to teach on-line, have helped me learn more about haiku and made me a better haiku writer as well.

Be humble. The haiku is a humble poem. And the process of writing haiku can be a humbling experience. I love that anyone can write a haiku—it’s a supremely democratic poetry form. But not everyone can write a great haiku, especially not without much practice. It’s a challenge to capture or create a haiku moment with effective juxtaposition using concrete images that allude to human emotions. I love that challenge and hopefully you do as well. Try to relish the challenge and remember that each haiku you write is one step closer to greatness. If you decide to submit your work, remember that all responses, acceptances and rejections, can be helpful feedback.

Learn the “rules” of haiku first, then you can break them later. There are different definitions of haiku, different guidelines, different techniques, and different tools in the haikuist’s toolbelt. I think it’s helpful to get to know some of these techniques well first, and then experiment in new directions. For instance, practice the short-long-short haiku structure for a while and get to know it. Then start experimenting with other structures, like long-short-long and short-longer-longer.

Haiku is a team sport. While the act of writing is often a solitary pursuit, it’s very important to connect in some way with the haiku community. And I’ve found it to be a very generous and collegial community. If a poet writes in a vacuum, it may be hard to improve their craft. I learn so much from other haiku writers. So, find at least one other haiku writer with whom you can swap feedback. Or join a group on-line or in person.

Don’t “bulldog” your poems. A poem is not just yours. It is ours. It is a gift to the world. So, it is our responsibility to help each poem reach its fullest potential. And if we hold on too tightly to a particular word, line, phrase, or idea, we may be blocking that potential. Early in my poetry writing career, I took a workshop that was titled, “The Poem Knows More Than You Do.” We are but gardeners tending our beds of blossoming flowers.

Trust the reader. Other “New to Haiku” interviewees have talked about this bit of advice. It’s a lesson I learned slowly. When I first started writing haiku, I had specific experiences that I wanted the reader to also experience in my specific way. Haiku taught me that I was really limiting the reader—I was telling the reader how to think and feel. Now I deliberately try to create enough space (or “dreaming room”) for the reader to create their own interpretation and meaning.

Approach haiku with a beginner’s mind. No one knows everything about haiku. That’s a good thing. We are all lifelong learners and if we think of ourselves in that way, we can stay open to the joys and benefits of this wonderful form.

Don’t try to create a specific voice. When I was new to the haiku community, a haiku poet I respected very much urged me to build my haiku voice deliberately. That advice didn’t work for me. Since I attempt to be true to the haiku moment and to the poem itself, I didn’t want to start out with a specific agenda for each poem and my collective work. Each poem is its own end. Be true to yourself and write haiku that feel true to you. Then, in the future, others can point out a few characteristics or major elements of your voice.

The way of haiku can become a gratitude practice. Staying open to haiku moments and finding the extraordinary in the ordinary are two lessons that haiku has taught me. As Scott Mason reminds us, the haiku is a poem of wonder. Haiku help me find my gratitude each day. 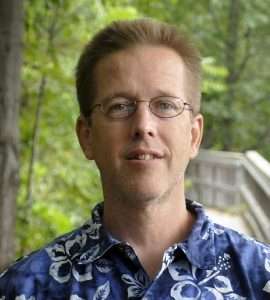 Brad Bennett has published two books of haiku with Red Moon Press, a drop of pond (2016) and a turn in the river (2019). He is a member of the Broadmoor Haiku Collective, the Haiku Poets of Northern California, and the Sugar Maple Haiku Group. Brad teaches haiku to adults through local community education organizations and is a mentor in the HSA Mentor Program. He currently serves as assistant haiku and senryu editor of Frogpond. Brad is a former Co-Chair of THF Education Resources Committee and feels that Julie Bloss Kelsey is doing a marvelous job as the current Chair. (Thanks, Brad! –JBK)