Janice Bostok made significant contributions to the development of Australian haiku. A thesis about her life states that after learning about the genre from an American pen friend in the late 1960s, Bostok created the first market for haiku in Australia by founding the journal Tweed.

In the 1990s, she wrote The Gum Tree Conversations, the first series of articles to demonstrate the relevance of haiku to the Australian experience and landscape. In 1999, she and John Bird edited the First Australian Haiku Anthology, which led in 2000 to the founding of the Australian Haiku Society (Haiku Oz). 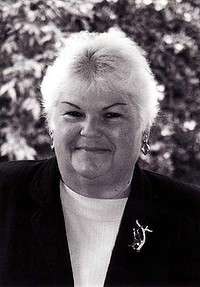 More than four thousand of her haiku were published and she won many awards, edited journals, mentored two generations of haiku writers, judged national and international haiku competitions, and conducted numerous haiku workshops.

Two examples of her haiku include:

stationary bus
talking we visit places
within each other

Some of the books in the Digital Library about her and her poetry include:

Never Really Mine. A Posthumous Collection of the Haiku of Janice M. Bostok. Edited by Jim Kacian. Red Moon Press, 2011.

White Heron: The Authorised Biography of Australia’s Pioneering Haiku Writer Janice M. Bostok. School of Humanities, Arts, Education and Law, Griffith University, 2011. A thesis submitted by Sharon Elyse Dean in fulfilment of the requirements of the degree of Doctor of Philosophy, 464 pages, with bibliography.

Amongst the Graffiti: Collected Haiku and Senryu, 1972—2002. Post Press, 2003. Bostok did her own illustrations and followed the poems with an account of her life involvement with haiku entitled A Haiku Journey.

Still Waters: A Book of Haiku by Janice Bostok. Earthdance, 1997.

The Farmer Tends His Land: A Book of Haiku by Janice Bostok. Tiny Poems Press, 1997.

Silver Path of the Moon: A Book of the Haibun of Janice Bostok. Post Pressed, 1996.

Walking into the Sun: A Book of Haiku by Janice Bostok. Shelters Press, 1974.

Thanks for reading,
Dan Campbell

Janice BostokPoet of the Month