Marlene Mountain was one of the pioneers of haiga in the Western world, and she continued to explore different techniques throughout her life. Examining some of her work provides not only insights into her own visual-verbal creative process, but also can help to make clear how different approaches can bring quite varied artistic possibilities.
In Japan, haiga have usually been created by a single artist-poet doing all the parts — painting/drawing, poetry, calligraphy, and the compositional interaction of the three. Occasionally the poet and partist have been two different people, but that is not the standard. In this regard, Marlene’s work followed the usual Japanese pattern; the poems and images are almost always her own. In other aspects, however, she departed from Japanese traditions. While some of her haiga were made in Japanese style, entirely brush and ink on paper, other times she combined her image with a computer-font poem, or printed both the image and the poem, or even used photographic images that she cut and pasted — these haiga are the farthest from being traces of her hand, but they are still redolent with her personalty.
Each technique brings its own positive and potentially negative aspects. Computer-printed haiku, for example, do not have the personal touch that many haiga followers highly appreciate. The same is true with photographic images. The first three of the Marilyn Mountain haiga included here (“tree lost,” page 7, “leave my trees alone,” p. 53, and “are we enough?” p. 73) show her strength in completely traditional brushwork. This is certainly appropriate for these haiku, which express her long-time devotion to conservation. In her poems, this is especially shown by her respect for all living beings, of which trees were often her direct subject. It is significant that she chose the most personally expressive of techniques — just ink, brush and paper — for these poems.
Marlene frequently chose the method most often favored by non-Japanese, with a computer-printed poem joining a painted image (“leaves” p. 7, and “a hawk circles” p. 175). Here, the potential advantages are that the words are easy to read, and the poet can choose a font and size to suit the haiku. On the other hand, this choice loses some of the direct connection between poet and reader. This is even more true when both the image and poem are computer printouts (“a thin line,” p. 109), but in this case the rich colors and full composition add a sense of drama to the haiga.
Cutting and/or assembling and then pasting is much less common, and relate to modernist collage traditions. Less well-known is that Igor Stravinski also used a cut-and-paste method in some of his musical compositions, breaking away from rigid compositional traditions. Marlene, in her tribute to and variation upon Basho’s famous “frog,” (p. 167) shows how even the world’s best-known haiku could be given new life through her creative visual imagination.
Ending this selection where it began, the final Marlene Mountain haiga included here is composed of just brush and ink, but her expression of “winter” (p. 53) takes a structure made by laying her well-inked brush almost completely on its side xx times. This is a technique thought to have been invented almost a millennium ago by the noted Chinese poet-calligrapher Mi Fu (1051 – 1107) when depicting mountains, and its use here establishes one more connection for Marlene with the artistic past. In her haiga, she made significant use of the past while creating poem-paintings both bold and new. 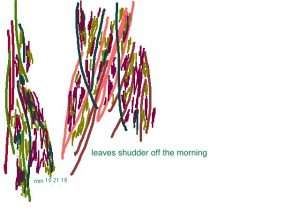 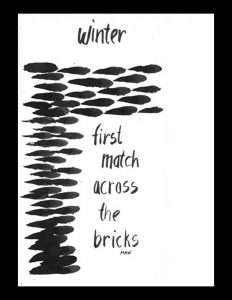 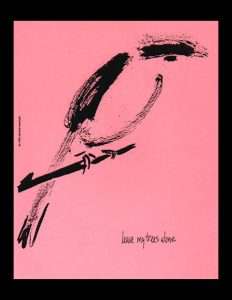 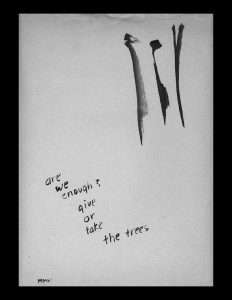 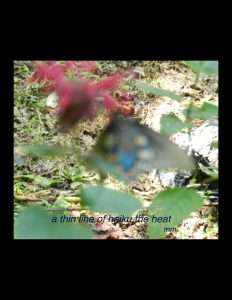 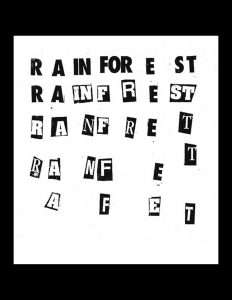 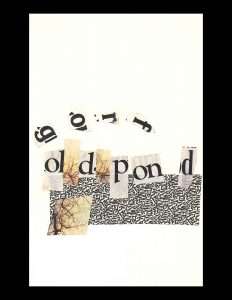 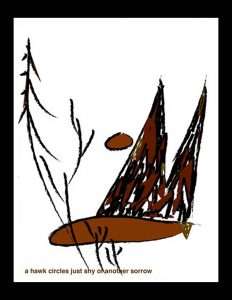