You already know Juxtapositions, The Haiku Foundation’s scholarly online journal. Now you can get it in book form, too. THF announces the publication of JUXTAONE and JUXTATWO, full-color print versions of Juxtapositions 1.1 (2015) and Juxtapositions 2.1 (2016). 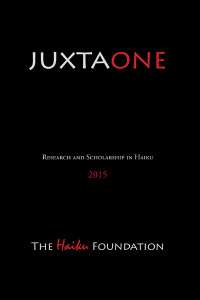 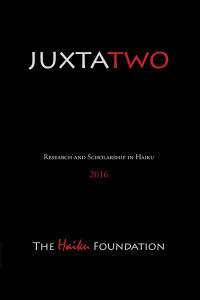 The only way you can get copies of these great new additions to haiku scholarship is by donating to The Haiku Foundation. You can find a limited number of each in the THF Gift Shop. Once we are sold out, these substantial books will only be available on the createSpace website for substantially more money. Order yours today. Your support is greatly appreciated.