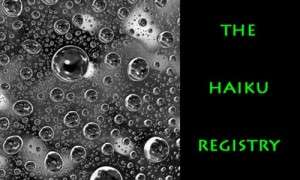 The Haiku Registry, a staple of the The Haiku Foundation since its inaugural year of 2009, has had, in all that time, but a single impresario: Billie Wilson. She has welcomed new poets, updated veterans, managed the reams of data that have come her way, and, on occasion, memorialized the few who have passed. She has brought a style and vivacity to the task, and made it her own domain, one of the most popular on the Foundation site. So we know it will bring you as much sadness as it does us to know that Billie is stepping down from this task today, June 30. It has been our pleasure to work with Billie for a decade, and we will miss her spirit, her willingness to do what it takes, her competence, and not least, her niceness!

Being the thorough person she is, of course, she is not going to leave you (and the Foundation) in a bad situation, however: she has been working with our new Haiku Registry manager, Marta Chocilowska, who takes over July 1. Marta has been working with Billie for the past several weeks to catch up on the subtleties of the position, and is ready for soloing. Please continue to apply to be listed, or to update your registry pages, at the same sites you’ve been using. 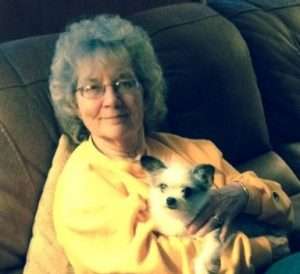 Helping with the Haiku Registry has been a constantly rewarding experience, and I will dearly miss that privileged connection with other haiku poets. From the beginning, I hoped that the Registry would become not only a special meeting place, but a solid resource for haiku researchers. This hope stemmed from my four-year research project into the work of John Wills. The time and effort to find everything was far more than I expected, so Wills was one of the first listings I created. I hoped it might serve as a standard for listings to come. (See also William J. Higginson as another such example.) Seeking to present as near to complete a haiku history as possible in such a small space, I hoped to include every award and other honor, and every publication and republication of each haiku or essay. (Thus, my own page does some of this, and I always hope it will not appear that I am bragging.) As difficult as it has been to decide that it was time to retire from this dream job of all time, it is a little easier knowing the torch is being passed into Marta’s loving and skillful hands.

And so you can get to know Marta a bit better, she offers: 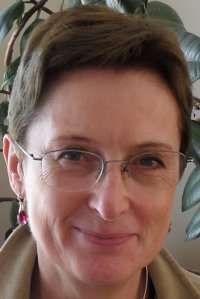 I am a cat(s) lover and cyclist, and I live in Warsaw, Poland. I am a member of the Polish school of classical haiku KUZU. I have co-authored several domestic and foreign haiku anthologies, been both winner and judge of domestic and international haiku contests, and have published in various haiga and haiku journals. I have enjoyed being a participant of haiku workshop and renku sessions on Troutswirl (The Haiku Foundation blog); the co-administrator of the Polish Haiku Association website and fanpage; and administrator of two haiku poetry groups on facebook: International Buds of Haiku and Polish haiku poetry. I am also known as the author of Seasons in Polish Kigo, as a member of the founding committee of the Polish Haiku Association (2015), and, since 2018, President of that association. You can find a sampling of my own poety on my blog. I am honored and happy that Jim has entrusted me with this task and am grateful to Billie for her help and advice, past and future, throughout my work.