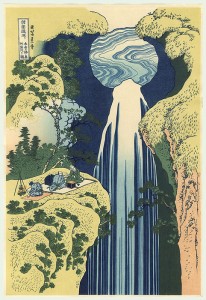 Headsets addresses the psychological aspect of literary craft as it applies to haiku and senryu. Poetry elicits emotion and associations from readers by means of subjectively potent rhetorical devices. Classic psychotherapy questions will be asked: “What’s happening here?” and “How do you (might one) feel about that?” Readers are invited to examine their responses, and poets to explore their purposes.

Headsets is overseen by Paul Watsky.

Sometimes we read poetry in order to experience a soothing sense of refuge from life’s stresses. We want a gentle swoop downward to darkness on extended wing rather than rage, rage, against the dying of the light. Haiku which provide conventional images, rhythms, and diction, even perhaps a nice cliché, affirm that the world’s peaceful rituals and nostalgic consolations remain at hand, comfortably unchanged, e.g. Southard’s bland

In the garden pool,
dark and still, a stepping-stone
releases the moon

Dark and still, darkened house—no surprises or discords here, nothing to disrupt sleep, and, as we know from scientific studies, excessive sleep disruption precipitates madness.

Although tending toward the cliché, dark and its cousins darkness and darken are venerable power words partaking of a western literary tradition that descends from Homer’s wine-dark sea and Milton’s well known description of hell in Paradise Lost, which hinges on the inspired oxymoron darkness visible:

A Dungeon horrible, on all sides round
As one great Furnace flam’d, yet from those flames
No light, but rather darkness visible
Serv’d onely to discover sights of woe . . . . (Lines 61-5)

Epic traditions, however, gradually degenerate, as exemplified by this oft-parodied opening sentence from a Bulwer–Lytton’s 1830 novel Paul Clifford: “It was a dark and stormy night; the rain fell in torrents—except at occasional intervals, when it was checked by a violent gust of wind which swept up the streets (for it is in London that our scene lies), rattling along the housetops, and fiercely agitating the scanty flame of the lamps that struggled against the darkness.”

A poet’s unmindful insertion of dark or one of its variants into a haiku can mean trouble, since many readers will be equipped not only with numerous unpredictable literary and other cultural associations, including death, ignorance, and racial stereotypes, but also idiosyncratic emotionally-charged memories of encountering the dark: scary nights in childhood, thrills at the movies, adventure while exploring caves, etc. All that dark constitutes a special challenge for haikuists, because a single clumsy word choice can wreck a short poem’s tone. In the 1999 edition of Cor van den Heuvel’s, The Haiku Anthology, from which all of the present column’s examples are drawn, dark, and its variants, appear in twenty-nine poems (see pps. 15, 30, 34, 47, 49, 71, 77, 83, 91, 96, 110, 148, 149, 173,190, 193, 195, 231, 233, 238, 241, 244, 247, 249, 250, 261, 262, 263), usually in the more conventional mode, but not glaringly cliche. Several, however, illustrate how, if carefully presented, dark still can increase a haiku’s stimulus value, its novelty.

One way to achieve this is by offering the starkest, zen-like simplicity, as with Kerouac’s

Minimalist, chiseled diction, just the “what is.” There’s no attempt to stage-manage a reader’s mood, to steer projections, except perhaps a cryptic dismembered echo of the homily It’s always darkest before the dawn.

Another way is to play traditional associations of dark off against the poem’s idiosyncratic context, as in Larry Gates’

The lights are going out
in the museum, a fetus
suddenly darkens

But such strategy also can produce humorous effects: Garry Gay’s first two lines, Snowflake’s fall/into the darkness, sets us up for a comic turn: of the tuba (p. 49) What a tomb! And what a sound. That tuba evokes an elaborate American scene: under gray skies a chilly halftime at the college or high school football game, bands parading on chilly fields. . . .

Then there’s the ironic approach, as exemplified by two of Alan Pizzarelli’s non-standard pieces:

a spark
falls to the ground
darkens

The blank line after darkens allows us an interlude for maudlin projection before the poet pulls out from under us the self-indulgent rug.

the girl
loosens her bra
starts peeling off panties
darkens

The editing process offers an opportunity to evaluate your haiku’s tonality. Decide what responsive mood you want your readers to experience, and whether that’s a realistic agenda. If you’re uneasy about the results try the poem out on truthful friends. If you identify a problem, ask yourself whether any previously unrecognized discordant feelings or attitudes of yours may be responsible. Make adjustments—and repeat the debugging sequence as often as necessary.

Here are a few questions that came to mind after reading Paul’s piece:

While “dark” and its cousins are, as Paul writes, “venerable power words partaking of a western literary tradition,” do you think this is where this influence is predominantly coming from when it comes to English-language haiku? My immediate, personal, associations were to a few of Bashō’s more popular poems. So, do you think the influence is western, or from translations of haikai/hokku/haiku?

Also, are there other ways to attain the same kind of mood without leaning on the use of the word “dark” or any of its variations? Can you think of examples of haiku that are able to create this mood, feeling, or idea, without being so explicit?

Lastly, is the overt use of “dark” and its cousins something we should avoid in haiku? Sometimes, “it depends,” always? Are you mindful of using it—if not avoiding it altogether—when you write?