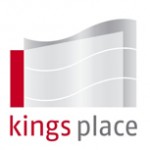 Commuters arriving at London’s King’s Cross station are being invited to submit haiku-style poems on the subject of the “British Summer” from their mobile phones, using Twitter, the free social blogging site.

The competition will run between Monday, May 18th, and Friday, May 22nd.

It’s being dubbed as the world’s first ‘mobile poetry competition.’

Yet another reason to have a first rate rail system.