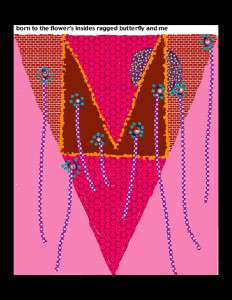 Our fellow traveler the Poetry Foundation does not often feature haiku, so we like to bring it to the haiku community’s attention when it does. The “Poem of the Day” for January 14, 2016 was “Twenty Five Haiku” by the American poet and translator Marilyn Chin (so, 25 poems for the day!), taken from her book Hard Love Province (Norton, 2014). The poems are offered without comment, but we may presume to place them in some context: these are not by any means “traditional” haiku, but rather akin to and perhaps modeled after “American Sentences”, Allen Ginsberg’s variant featuring a 17-syllable line, often punctuated (initial capitals throughout here, plus commas, apostrophes, quotation marks, but without periods), and most often discursive, with a wide-ranging content. We should consider these more as part of a conversation with American poetry than with the roots of the genre. It is always interesting to see what poets coming from outside a working knowledge of contemporary haiku bring to their interaction with it. In this case Chin brings an earthy, urban sensibility characterized by broad and mixed cultural associations, an erotic overtone, and a ribald sense of humor. They are far more interesting and engaging than the tepid formal attempts of many of her contemporaries, and in fact are reminiscent of (though not so rococo as) the work of Charles Henri Ford, whose book, Emblems of Arachne, we feature as this week’s Book of the Week.