Let’s talk about haiku! This week we wrap up the What’s at Hand series and start a new set of photo prompts with kjmunro.

It’s great to be back! We will begin a new format in August – until then, you are invited to respond to photographs – I will share a photo each week as a prompt for your writing…

Submit an original unpublished poem via our  Contact Form by Saturday midnight on the theme of the week, including your name as you would like it to appear, and place of residence.

Please note that by submitting, you agree that your work may appear in the column – neither acknowledgment nor acceptance emails will be sent. All communication about the poems that are posted in the column will be added as blog comments.

Poems will be selected based on the potential to generate discussion – these poems will be the best to talk about…
​
next week’s theme: 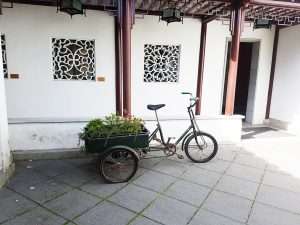 The deadline for this theme is midnight Pacific Time, Saturday 29 June 2019.

I look forward to reading your submissions. Let’s begin!

Here are Craig’s selections for a tacky souvenir.

magnetic field-
a whole world
on my fridge

i phone cover –
how London bridge
begins to fall

coffee break
seeing the northern lights
on a keyring

moving day
she leaves behind
her tacky heart souvenir

traffic snarl
the knowing nod
of a parcel shelf bulldog

my souvenir mug
still in his cupboard
old college crush

Santa’s workshop
frozen
only in time

umpteenth Texas trip…
one more jackalope card
for the fridge

dust cloud . . .
her travel souvenirs
atop the wardrobe

my ocean t-shirt—
not the writing,
but the blue

tacky souvenir
his grim expression
when I said no

road trip…
the bobble head nods
to the beat

in the op shop
a plastic pope’s
indulgences

in the drawer
a plastic gondola
that I can’t throw

tacky souvenir
my ex’s debt bill
on my desk

first time—
his blue velvet Elvis
in my yard sale

souvenir shot glass
vacation over
in a blur

hula lamp
lasted through the yard sale
honeymoon over

the mark
rewarded at the midway
kewpie doll

the routard returns
a souvenir boomerang
over the moon

USA road trip –
each souvenir made
in a foreign land

I presented the tacky souvenir theme simply for the fun of it. I hope reading these gave you some.

I’m taking a different approach to my comments for this final week of What’s at Hand. Several of you have asked how I went about selecting poems for this series. I’ll describe my process.

Between Wednesday and Saturday, I would check my email several times and give each submission a quick read. After the deadline, I would go through all the submissions again and paste those that I felt had the most potential into a document. I would then review those poems several times, comparing their quality to each other, and cutting any that stuck out as being less effective.

I believe that an effective haiku has immediacy, simplicity, suitable rhythm, and experiential immersion.

For this series, I combined those criteria with an assessment of the poet’s use of the prompt. Did they explore it fully, or simply inject the words into a preconceived idea? You could say I was seeking authenticity.

Also, I wanted to show a wide range of approaches that represented the scope of our international community’s talent.

To all of you who expressed appreciation for my efforts, you have my thanks. Nothing would please me more than to see the comments section filled with a lively discussion about what makes a good haiku good.

Guest Editor Craig Kittner lives near the banks of the Cape Fear River in Wilmington, North Carolina. He has worked as a gallery director in Washington, DC, and a program director for the Kentucky Arts Council. He took second prize in the North Carolina Poetry Society Bloodroot Haiku Award for 2019.

Katherine Munro lives in Whitehorse, Yukon Territory, and publishes under the name kjmunro. She is Membership Secretary for Haiku Canada and an Associate Member of the League of Canadian Poets. She co-edited an anthology of crime-themed haiku called Body of Evidence: a collection of killer ’ku.

After several years of moves, Craig Kittner has put down roots in the sandy soil of Eastern North Carolina. There the sunshine is clear. The climate gives rise to riotous growths of wildflowers. Birds abound, and the sky is alive with ocean breezes. Craig is content to walk the forests and beaches, gathering imagery for his poems. His work has been published in Frogpond, Chrysanthemum, Failed Haiku, bottle rockets, and the Autumn Moon Haiku Journal. In 2018, he had two poems selected as judges' favorites in the 5th Annual Golden Haiku Competition, and one poem selected for the Winston Salem Writers' Poetry in Plain Sight project. His first chapbook, Time's Sweet Savor, was published in 2016 by New Books on Front Street, an imprint of Old Books on Front Street in downtown Wilmington.