At this time I would like to thank Guest Editor Alex Fyffe for such a stellar poetic journey, & now welcome Pippa Phillips, our new Guest Editor for the next few weeks… wishing everyone a better new year! kj 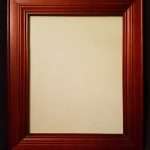 Once upon a time, under the dubious influence of Nietzsche, I grew despairing of the undeniable fact that I wasn’t a cool Dionysian at all, but a nerdy and visually fixated Apollinian. Once I got over myself, I leaned into it. There’s nothing I like more than taking a sketchbook to a museum on one of its free days. This time, I’d like to take you with me, to visit some of my favorite paintings, and the stories behind them, on a kind of digital ginko walk. These paintings are rich with detail and all are open to metatextual rumination. I look forward to seeing how they inspire you.

next week’s theme: “The Garden of Earthly Delights”

The link to “The Garden of Earthly Delights,” from Museo del Prado, which houses Hieronymous Bosch’s painting is here.

Did you know that Hieronymous Bosch’s triptych can be closed? Its front panels are emblazoned with a gray image of the creation of the world. God is small in the upper left hand corner, outside of the firmament of its dome.

When you open the wings to the painting, find the egg in the center of the center panel. It is unhatched, pure. Follow the water from Eden, to the World, to Hell. Notice the rabbit by Eve, and its color; the tomcat by Adam, and what it’s caught. Notice that the tree of life is a dragonblood tree, that it appears to bleed when cut.

In the center panel, the fish is out of its element, pearls fall out of a mussel shell, gigantic fruit abounds, the unicorn has been corrupted, and the fountain is cracking. In a lowerhand corner, a group in conversation point to the previous panel.

Notice the hellfire burning in the background of the last panel. They say the flames were inspired by those that burned the artist’s eponymous birthplace, Den Bosch, to the ground when he was a child. Draw closer, so that you can see the brushstrokes that compose this world, as well as the cracks in its surface. You are free to wander as you like. Let me know what you find.

Please use the Haiku Dialogue submission form below to enter one or two original unpublished haiku inspired by the week’s theme, and then press Submit to send your entry. (The Submit button will not be available until the Name, Email, and Place of Residence fields are filled in.) With your poem, please include any special formatting requirements & your name as you would like it to appear in the column. A few haiku will be selected for commentary each week. Please note that by submitting, you agree that your work may appear in the column – neither acknowledgment nor acceptance emails will be sent. All communication about the poems that are posted in the column will be added as blog comments.

below is Alex’s commentary for the new frontier:

In this imagined future scenario, Fischer can’t leave behind his dictionary of kigo words, even though the seasons will be different on another world. As a haiku poet, there is a sense of attachment to what we know. Keeping the saijiki close at hand will keep the Earth and its cycles with him, even if they will no longer be relevant in his daily life. I found this to be a highly clever take on the theme. It has some humor to it, but there is also a feeling of the need to stay connected to one’s roots, to remind oneself of the importance of things even when they no longer serve a direct purpose for us.

multiverse …
i explore a
hall of mirrors

Seeing an endless hall filled with versions of ourselves, similar but oddly distorted, all in different ways. Ningthouja imagines this common experience in a funhouse of mirrors as glimpses into alternate realities in the multiverse. There is a strange joy in seeing these versions of ourselves. We laugh at the absurdity of it, or maybe we flinch in horror at something we don’t like to see so exaggerated. But still there is a compulsion to continue exploring these different visions of who we are or could be.

in your calloused hands
a brave new world

This poem is open to a number of interpretations, including the cosmic interpretation of those who literally build the new world for humanity. But I like the personal take on it, of someone finding a world of pleasure in the work-worn hands of someone they love. Then again, an allusion to a “brave new world” tends to be about cold, conformist, drugged-out dystopian visions of the future, perhaps suggesting that the world the speaker finds in the rough hands of the builder is as flawed as or worse than our own. Many ways to take this one, but all interesting.

out of stasis
I rediscover the stars
in your eyes

Another poem that works on multiple levels, the direct sci-fi reading of someone coming out of a cryogenic sleep in order to travel a long distance, awakening to find again not only the stars but the eyes of a lover. But coming “out of stasis” can be removed from the SF context, as well – someone has been stuck in place for a long time, perhaps in a depression or similar rut, and now they’re coming out of it and seeing the beauty in the one they love once again for the first time in far too long.

life on mars
the adventure
into new similes

A new world, a new language of comparisons. Davis’s poem reminds us that the way we see the world, the way we talk about it, is all because of where we are, and removed from that context, our language would have to adapt to meet the needs of a life elsewhere. Language is always evolving, and if we do manage to colonize other planets, it will continue to find new means of expression. Taking it back to Fischer’s poem, perhaps some worthy haiku poets in the far-flung future will work together to create a new saijiki to match the needs of their new world.

I want to thank kj and Lori and everyone who has contributed to the Ad Astra series, exploring universes inside and out. It has been a great experience guest editing Haiku Dialogue these past two months. All of your fantastic submissions have made each week exciting and new. I hope everyone has a wonderful new year!

still looking
for that perfect shade of blue
exoplanet

Cargo bay window
Future blossoms wonder
How they will know.

sunshield membranes
0.5260 miles per second—
chills up our spines

blossom viewing
in a new exhibit
the home we left

the more
we learn the smaller
we appear

wildfires
the refuge
of a Martian spring

river of heaven
starting from
the downstream end

homecoming
a heartbeat away
Lorentz Contraction

alien contact —
why has no human learned
even to speak dog

amidst stars and stars
this space odyssey
a sprinkle of stardust

Christmas Eve…
her first time with the family
Alexa

so wide the sky…
our packed boat heads towards
infinite futures

Buddha smiles on all those exo-planets wishes

Milky Way the curtain over other worlds

wanted: a new planet
just like the one
we ruined

on some planets –
there is no word
for war

distant stars
my father’s dreams entwined
with my child’s

meditating
the scent of plumeria
on the exoplanet

returning
to where it all began . . .
cosmic dawn

terraforming mars
will the god of war
be pleased

ellipse . . .
my mind revolves
around Earth

holding time
in my hands
forget-me-nots

Mars
along with first colonizers
a cockroach

unfurling universe ––
in the hand of a toddler
a spaceship

earthrise
from dark space
a seedling

dandelion lessons:
tiny travelers
in search of a home

in swirls of cosmic dust
lie quiet
whorls of light.

cemetery ridge
the flowers’ fragrance rising
to a nebula

to reach
beyond the known
to know

Mars exploration
a bumblebee lands
on the red peony

eyelash
going to the moon
on a wish

second chances
my children and I
on the space ark

multiverses
and yet this hunger
for power

Sirius
lighting the runway
for a reset

inch thick glass
one sun sets
the other rises

divorce
I rename my
favourite constellation

boldly going…
we need some space
between us

reaching the
mountaintop–
the sound of stars

all the things
we couldn’t do on earth
anti-gravity

macaroni
and elmer’s glue
a poem about hope

planet with two moons
our souls travel
through space

roadside daffodil
this craving
to be a better poet

interplanetary travel
i dream
of earth

Guest Editor Alex Fyffe teaches high school English in the Houston area. Although he has been writing haiku off and on for a decade, he only started submitting his work during the Global Event known as 2020. Since then his haiku and senryu have been published in various journals, including Frogpond, Modern Haiku, Failed Haiku, Akitsu Quarterly, and the Asahi Haikuist Network. Alex’s first glimpse of haiku was in a collection of writings by Jack Kerouac, and he found the work of Issa while studying abroad in Japan, but he didn’t fall in love with the haiku until he discovered the free-form work of Santoka Taneda. Currently, Alex uses haiku in the classroom to ease students into poetry and build their confidence as readers and writers. Alex also posts haiku on Twitter @AsurasHaiku.