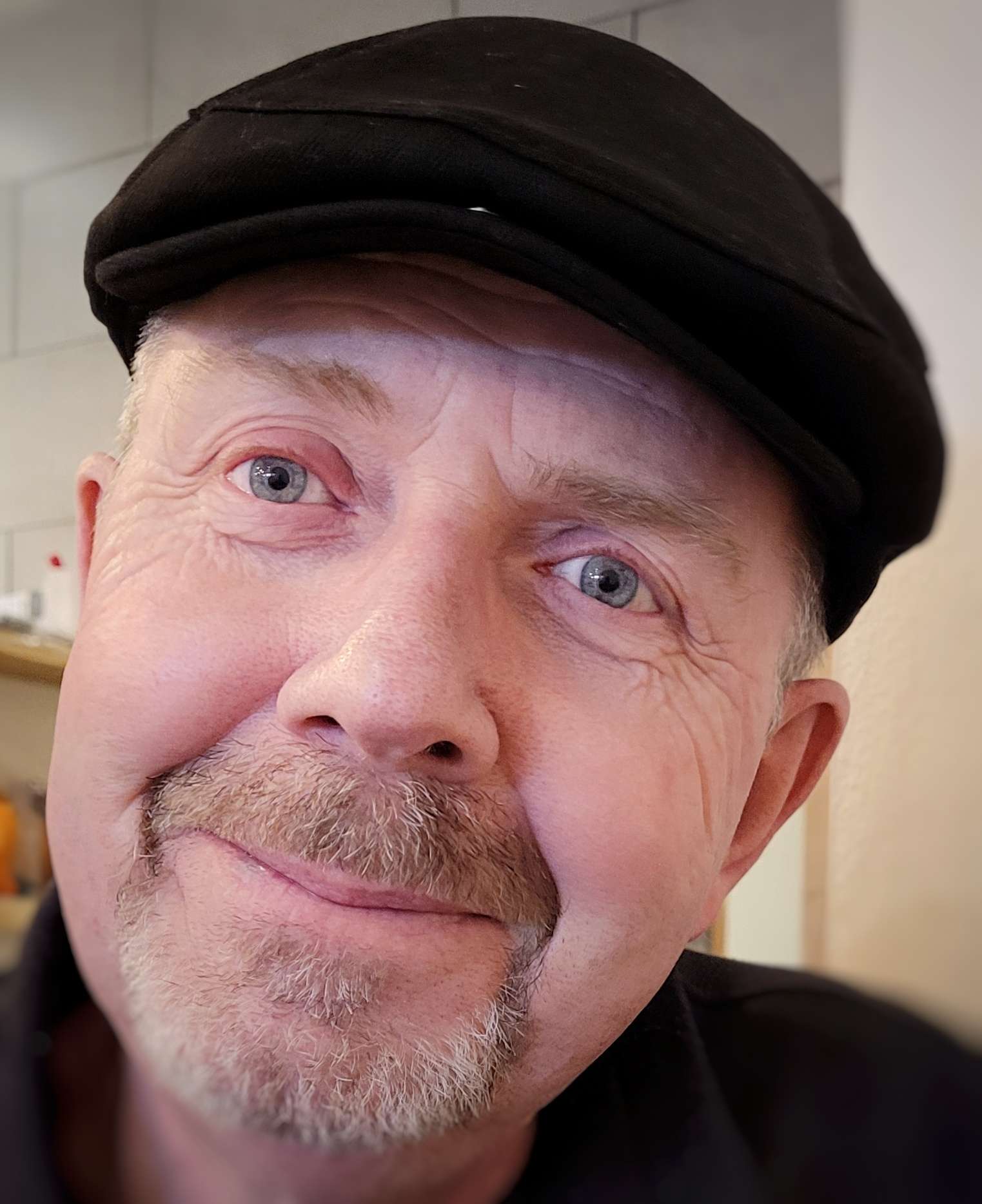 The Haiku Foundation honors the work of contemporary masters of the dual art of haiga: visual image wedded to haiku. This month’s featured artist is Ron C. Moss.

Ron is a visual artist and poet from Tasmania, Australia. His haiku and related genres have won many international prizes and he has been published in numerous journals and anthologies including, Haiku in English: The First Hundred Years (ed. Jim Kacian et al., W. W. Norton & Company) and Where the River Goes: The Nature Tradition in English-Language Haiku (ed. Allan Burns, Snapshot Press). Ron won the prestigious Seashell Game in 2011 for his haiku “starry night”. Ron is a recipient of The Touchstone Awards for Individual Poems 2013 and The Touchstone Distinguished Books Award 2014 for his first collection, The Bone Carver (Snapshot Press). He is resident artist for the online journal A Hundred Gourds and also the annual Muttering Thunder. Ron is well known for his haiga paintings, illustration and design, and is an award-winning photographer.