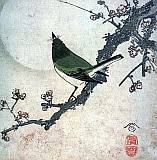 Gilbert has defined gendai haiku in this way:

“‘Gendai haiku’ means literally ‘modern or contemporary haiku,’ and loosely refers to expansive
ideas of the haiku form arising from the 1920s on, and more particularly to the direct progenitors
of the gendai haiku movement. . . . Literally, the word [gendai] means ‘contemporary’ but just as
with ‘modern art,’ something more is implied, in terms of movements, categories, history and
personages. . . . Gendai haiku offer the reader the shape of who we are in the shape of things to
come, in resonance with archaic myth, (and) the formal insights of previous ages. . . .

Gendai haiku partake of a tradition and culture in which, unlike that of the historical Judeo-Christian
West, nature and culture were not extensively polarized. So in gendai haiku exists an invitation to
the present and a future, in congruence with the past. This congruency is also an uprooting,
accomplished via expansive and often experimental avant-garde language and techniques. Yet the
old is likewise held in the new, in plying the form.” [Simply Haiku Winter 2008, vol. 6 no 4]

What must have taken Gilbert thousands of hours to research, conduct, produce, compile, translate and upload, Gendai Haiku features video interviews with each poet as well as biographies and selections of their poetry (translated by both Gilbert and Itô Yûki). In the case of Yagi Mikago, there is a section of commentaries (also translated by both Gilbert and Yûki) on her work by other notable Japanese haiku poets. 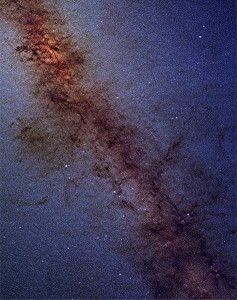 The interviews cover an amazing diversity of challenging concepts that deserve much more attention and discussion in the West. The interviews touch upon such ideas as cutting/kire, realism and “junk” haiku (Hasegawa Kai), haiku and ecology and its relation to the land (Uda Kiyoko), the non-difference between haiku and senryu (Ōnishi Yasuyo), the use of fragmentary language, the future of haiku, and the concept of multiple persona in haiku composition (Tsubouchi Nenten), animism and spiritual atmosphere in haiku, local environs, and the sacred power of language (Hoshinaga Fumio).

Just to name a few.

What these interviews prove is that just because certain poets are composing haiku that are in many ways avant-garde and/or non-traditional—oftentimes utilizing what are conceived to be Western poetic techniques—does not in any way mean that they have become more egocentric or obsessed with only themselves, valuing self over the external, or have forgotten about the so-called selfless/objective overemphasized “roots” of Japanese haiku (Buddhism, Zen), or have somehow forgotten, no longer appreciate, are less concerned with, or no longer value, Nature. Quite the contrary.

If anything, they seem to be traveling deeper and deeper upon those and similar, and just as meaningful, roots, while remaining cognizant of, and adapting to and with, their present times and era. To quote haiku master Kaneko Tôta (honorary president of the Gendai/Modern Haiku Association), haiku poets need “to practice the modern in the grandeur of the old.”

What traditionalists seem to think though is that Buddhism and Zen, realism and objectivity, somehow have a lock and key on Nature—and that all else is self-centered (as if the self is not part of nature)—completely forgetting about how Shintoism, Daoism, Chinese and Japanese literature, poetry, mythologies and folk tales (not just Buddhism and Zen) greatly contributed, enriched and helped mold haiku since its birth, and that all, in some way, touch upon Nature and the environment.

For this posting I would like to share (with permission) a segment of one of the interviews from the website. It is part 1 of the interview with Uda Kiyoko, the current President of the Modern/Gendai Haiku Association, and who was awarded the Japan Medal of Honor in 2002, in which she discusses the importance of land and water, the wisdom of farmers, and how they relate to her own mortality, as well as how Ecology/environmental issues serve as a a major theme in her haiku:

Uda Kiyoko: “Haiku and the Land 1”: Toward the Future – A Haiku Ecology

And so, with the interviews Gilbert has conducted and created a website for, free for all, we are able to find out what is on the minds of modern, non-traditional Japanese haiku poets, what they are influenced by and what informs their work: in essence, how haiku has changed and evolved since the late 19th century. Though none talk about Buddhism or Zen, there is plenty about Nature: ecology, local environs, spirituality/sacredness, and animism. The website serves as an invaluable source of ideas, information, poetry, and inspiration for haiku poets. Hopefully the website is only a beginning and will be added to in time. If anything, it is a call for more research to be done and more essays and discussions to take place on these ideas, as well as other new and different directions in haiku thoughts, aesthetics, education and composition.

How can Japanese gendai haiku and the topics discussed in these interviews influence composition in the West?