It has become the norm on troutswirl to switch gears, and so I’d like to do so once again and present a new installment of Envoys (a description of which is just below this note). I had wanted to present this series with more frequency, and hope to from now on, but because of some personal technology woes, I’ve had to do quite a bit of reverse engineering to put this, and other materials, together once again. 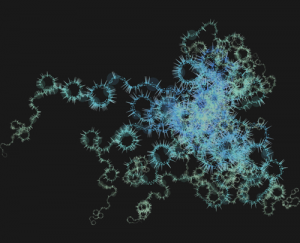 For Envoy 3 we turn to a haiku written by the Spanish poet Antonio Machado. Much revered in his homeland and all over the world, Machado was born on July 26, 1875, in the Palacio de las Dueñas near Seville, and grew up in the lush Spanish landscape of Andalusia which would become a major subject of his poetry. Machado began writing poetry with an interest in post-symbolism then

cultivated the dynamic openness of social realism . . . beg(gining) with a fin-de-siècle
contemplation of his sensory world, portraying it through memory and the impressions
of his private world [dreams/imagination]. . . . The most typical feature of his personality
is the antipathic, softly sorrowful tone that can be felt even when he describes real things
or common themes of the time, for example abandoned gardens, old parks or fountains,
places which he approaches via memory or dreams. . . . Machado’s later poems are a
virtual anthropology of Spain’s common people, describing their collective psychology,
mores, and historical destiny. He achieves this panorama through basic myths and
recurrent, eternal patterns of group behavior. [Wikipedia]
A large number of English translations of his work exist, and nearly all of his three-line poems can be found on the Terebess website in Spanish. Looking at the numerous translations, some certainly fall under the umbrella of haiku and show the influence of 17th, 18th and 19th century Japanese haiku. Others, though, for example his “Moral Proverbs and Folk Songs,” enter a different area all their own. According to Robert Bly they are, “a genre Machado invented . . . deriv(ing) from four distinct models(—)the popular Spanish copla . . . the sayings of Pythagoras . . . the Japanese haiku, and the . . . wisdom quatrains of Moslem and Jewish literature” (Times Alone).

A few of his poems that most people would consider to be haiku were included and discussed by William J. Higginson and Penny Harter in The Haiku Handbook. One example being:

This centers on how one might read into the word “his.” One might, in Issa fashion, anthropomorphize the cricket and see it as a separation between the two, the cricket singing (crying?) that he has been separated from something so tasty—or is, perhaps, extremely sad about not being able to cling to something of such a beautiful color; or, one can ponder, as I do, whether the he of “his” is instead a farmer, a magician, or, better yet, a small child who finds great joy in having both in close proximity. In either case, one certainly feels a sense of pathos, or a great emotional intensity: “canta, canta, canta,” the helplessness of being caught, and the vividness of a ripe, picked tomato, just as alive and helpless, having been plucked from its vine, as the cricket. If the tomato is green (unripe) instead of red then another reading could be contemplated too.

The haiku of Machado’s that I’ve chosen for this piece also has a touch of anthropomorphism, as I found out in the process of putting this installment together, that is dependent on how it is translated. While searching the haiku (or short, haikuesque poems) of his that have been translated into English, I was struck by the one presented in this installment for the imaginative language used in the first translation I saw of it (Willis Barnstone’s in Border of Dreams), and remained attached to those two central words, their imagery and meaning long after: “white hallelujahs.” This, admittedly, shows my own preoccupations and preferences when it comes to haiku, yet also reminded me of the imagery used by Bashō and drew me back to this example of his work:

(Makoto Ueda, Bashō and His Interpreters)

The sea darkens, and the voices of ducks faintly white

(Hiroaki Sato, From the Country of Eight Islands)

However, when I searched for other translations of “white hallelujahs,” I saw that others had made different word choices when translating it. It seemed like a good piece to see how others might approach it.

The juxtaposition in the Machado piece below is admittedly weak, if there is really one at all, but the creative language, the simile and anthropomorphic qualities—at least how I read it and entered it in the Barnstone version—open up areas that have historical and spiritual depth. In many ways, “white hallelujahs” takes us into the themes that Machado often drew upon in his life’s work: his landscape and environment, the dream-like, realism, and the history of his country.

I am curious to know what readers think though. Is this Machado piece a haiku? A weak haiku? Is there not a strong enough juxtaposition to create enough space for discovery (something that, in my opinion, many modern English-language haiku often lack, though it is not always essential in haiku composition)?

The poem below is one of fifteen pieces, number IV (4), under the title “Songs”/“Canciones,” only a few of which are written in three lines or could really be considered haiku. And so we can see it as a song—a song not only about spring and the brambles/briars, but also about rebirth, regeneration, with cultural and religious overtones. As mentioned before though, the language can be seen (depending on the translation) as rather surreal and fantastical through the combination of strong imagery, color and sound. In addition, the brambles/briars are portrayed as being alive, capable of speaking and feeling, containing a kind of spirit and godliness of their own, their voices reaching into and up through the sunlight. This is what I was initially drawn to and continue to return to—how it resonates for me and echos. Also, in this modern era, I cannot disassociate it from Leonard Cohen’s song, “Hallelujah.”

Before I present the Machado poem in its original language and the manifestations I’ve been able to accumulate through the kindness and time of others, I would like to leave you with something that startled me when I read it. It is Machado’s last poem, found scribbled on a piece of paper in his coat pocket on February 22nd, 1939:

These blue days and this sun of childhood.

Many thanks again to everyone who was able to make this Envoy happen. 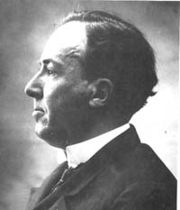 Spring has come.
White hallelujahs
from the flowering brambles.

— translated by Willis Barnstone (Border of a Dream: Selected Poems, 2003)

The spring has arrived.
Snow-white hallelujahs
from the flowering blackberry bushes!

Spring has arrived;
the white hallelujas
of brambles in bloom!

I imagine that it has been a particularly long and hard winter, so it is not the beginning of spring according to the calendar, but later, so spring has finally arrived, later than it normally does. Machado’s use of the word “hallelujas” is brilliant! It is the “perfect” word in communicating the powerful emotion of the occasion. It has great energy, the energy of “spirit”, but without religious connotations. Its power is somewhat comparable to the cutting-word ya in Japanese haiku. It is an expression of joy, to rejoice, free of sentimentality. After the hardships, austerity, sacrifices and darkness of winter; come the light, warmth, energy, abundance and spurt of growth in these flowers of spring, promising nourishment and fulfillment of fruit and contentment and possibly even the merriment derived from glasses of blackberry wine. However, I digress; it is the present moment that is important here, which includes a promising future to look forward to: hallelujah, hallelujah, hallelujah!

Spring has come.
White hallelujahs
from the brambles in flower! 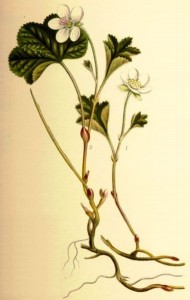 Spring is here.
The white celebration
of flowering briers!

I’ve used punctuation I would not ordinarily use (oh the horrors of    the overused exclamation mark) in order to stay true to the original.

An alternative would be:

spring is here —
the white celebration
of flowering briers

The first version does, however, have the advantage of a naive excitement which the second one lacks.

As to the actual translation:

1. The first line would translate literally: “spring has arrived,” but the Spanish “ha venido” is more immediate and I think “spring is here” captures the moment more effectively.

2. “Aleluyas blancas” could be taken in several directions. The first tempation is to use the cognate “hallelujah” and translate this as “white hallelujahs” or “white joy” or “white rejoicing.” However, aleluyas are also connected with Eastertide in a myriad of ways. Since this poem is part of a larger sequence set in March, it seems quite probable that the “aleluyas” could be connected to this religious holiday (alelujas are, according to the sources I’ve consulted small Easter cakes, as well as small prints thrown on Easter eve). Therefore I have translated the second line as “the white celebration” because the word “celebration” connotes festivity and/or a holy day.

3. The third line is “de los zarzales floridos!” Zarzales are bramble or brier patches and they are flowering. But are they blackberries (brambles) or European heath (briers)? If we accept the Easter connection, then “of flowering briers” would seem to be the best translation The briers connect to the crown of thorns which tortured Christ on Good Friday, but could be seen as flowering on Easter Sunday as Christ rose from the dead.

If one chooses to ignore the possible religious connections, the translation still works as a simple celebration of the arrival of spring and the transformation of the seemingly dead and dry into vibrant life.

Spring is here entire,
Snowy hallelujahs
of the flowering briar!

— translated by A. S. Kline

The spring has come.
White hallelujahs
of the flowery bramble patches!

Antonio Machado’s haiku is a simple, direct poem expressing joy at the coming of spring, when even the thorn bushes blossom. Machado’s use of the emphatic interjection “Hallelujah” lends to his praise a sense of his own surprise and delight with their unexpected beauty. There is a faint aphoristic, proverbial flavor here as well, a characteristic of much of Machado’s work. The poem is a good example of allusion at work in haiku. All of the imagery resonates with the Christian gospels, the resurrected Christ (the first line), the crown of thorns that is the bramble bush put to human use, the joyous shout of “Hallelujah!” with its ancient, liturgical connections and values. The casualness of the language, its simple unfolding, puts the symbolism there but without a heavy hand, sermonizing, or somberness. The imagery of blossom and bramble bush at the arrival of spring is utterly natural and so is our pleasure. Here for all to see is the lowly (and sometimes unloved) bramble, taking full part in the season, before our eyes making a material actuality of metaphysical renewal and resurrection. The use of plural grammatical forms accentuates the universality and sweeping scope of the scene. Machado’s poem delivers much the same message as Robert Browning’s “God’s in His heaven / And all’s right with the world,” but Machado’s method is assertive not of the argument but of the thing itself: simple, essential, and direct.

Spring is here.
White cries of hallelujah
from the flowering brambles! 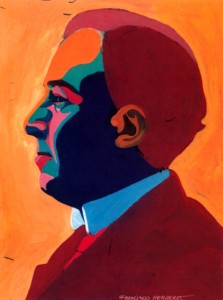