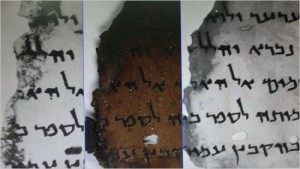 I became aware of the haiku of Tomas Tranströmer through the recent publication of The Great Enigma: 45 Haiku translated by Graham High and Gunvor Edwards, published and printed by RAM Publications (12 Eliot Vale, Blackheath, SE3 0UW, England). It is an elegant collection, carefully and lovingly translated. “The Great Enigma” is, in fact, a long poem, containing eleven parts made up of forty-five haiku and was published in its original Swedish as a single volume of poetry. This is what High and Edwards translated and, interestingly enough, is the name used for his entire oeuvre of work, spanning 50 years: The Great Enigma: New Collected Poems (New Directions, 2003). Besides “The Great Enigma,” this collected work also contains twenty-two additional haiku.

Tomas Tranströmer was born in 1931 in Stockholm, Sweden. He attended the University of Stockholm, where he studied psychology and poetry. To quote Poetry.org, he is “one of Sweden’s most important poets . . . has sold thousands of volumes in his native country, and his work has been translated into more than fifty languages. . . . His work has gradually shifted from the traditional and ambitious nature poetry written in his early twenties toward a darker, personal and open verse. His work barrels into the void, striving to understand and grapple with the unknowable, searching for transcendence. . . . [He] is a (also a) respected psychologist, and has worked at a juvenile prison, and with the disabled, convicts, and drug addicts.”

Here is a favorite of mine from those twenty-two:

The power lines stretched
across the kingdom of frost
north of all music.

For this installment of Envoys, though, I have chosen one of the forty-five in “The Great Enigma” and present to you five different translations of it, as well as some commentary following them:

The darkening leaves
in autumn are as precious
as the Dead Sea Scrolls.
-translation by Robin Fulton
(The Great Enigma: New Collected Poems, New Directions, 2003)

Brown leaves —
as precious as the
Dead Sea Scrolls

This haiku, like all of Tranströmer’s haiku poems (and like nearly all non-haiku poets who have taken forays into haiku composition) is written in the ancient 5-7-5 -on/-ji/mora format (for extensive information and research on this subject please see Richard Gilbert’s “Stalking the Wild Onji”), a “rule” often broken by the likes of Bashō and those proceeding him, though forever demolished by numerous early and mid-20th century Japanese haiku poets. Though haiku in Japanese have almost solely and traditionally been written in one (vertical) line (the language itself indicating breaks/pauses/cuts, allowing the reader further engagement with the poem), Tranströmer breaks his into three — in this case the traditional way in which Japanese haiku have been translated into English and, apparently, Swedish as well. Though he sticks to this format, he utilizes many “non-traditional” techniques — or at least techniques that have never quite been the norm — within it, such as surrealism, overt simile and metaphor, symbolism, the mystical, and the mythopoeic.

In the haiku above, and for all the haiku he has written, Trantrömer strays from western norms by placing a period at the end, giving the poem a kind of finality. Haiku naturally contain a cut at their beginning and end — punctuation or not — cutting it out of reality — “from the literal place/environment/atmosphere (“ba”) of existence” (Hasegawa Kai/Richard Gilbert, “Haiku Cosmos 2”). And so, a period at the end seems a bit heavy and unnecessary. This example, however, contains no cut, break or pause within it (though many of his other haiku do), but is, instead, a strong simile, comparing brown leaves to the Dead Sea Scrolls.

Where does this comparison take us?

As I see it, this haiku is both an ode to the sacredness of nature, sacredness itself really, as well as a meditation on time, fragility, and mortality. It’s aura is dark, earthy, and autumnal.

In a painterly way, the poem works in shades of brown — the browns of the leaves (either still hanging on their branches, in the air, or on the ground) only to become food or part of something else, and the browns and beige of the ancient texts written on parchment and papyrus — not unlike, just to illustrate a popular example (and allude to a period of haiku Tranströmer is more than likely very familiar with), some of Buson’s most striking and colorful pieces.

Why the Dead Sea Scrolls though? Why that specific text and its actual naming?

The Dead Sea Scrolls (Dödahavsrullar) gives the haiku depth, background, and stretches the readers mind across time, from the present moment of a world broadcasting brown leaves, back almost a thousand years to a period when sacred texts were being written, copied and modified, beliefs were becoming solidified and suppressed, and cultures and languages were intermingling in potent ways.

The haiku does not necessarily render these sacred texts meaningless, but instead elevates and heightens nature and what we can learn from it, making it sacred, while at the same time noting its fleetingness and brittle nature. Tranströmer could have possibly utilized anything around him but instead chose de bruna löven (the brown leaves) because of the way they play off of and with the image and look of the scrolls. They almost mirror each other in looks, feel and composition.

More importantly though is the fact that these sacred texts were found, were discovered, after almost a thousand years inside of caves. This sense of discovery, of something coming to light again, links directly to seeing nature (outside us, but a part of us) anew and coming to a new appreciation and realization of the common and oftentimes forgotten or overlooked. Thus, seeing it as sacred — an invaluable feature that Japanese haiku and culture has emphasized, given us (or reminded us of), through Shintōism. Also, though the haiku is in many ways about the documents’/scrolls’ actual features and the way they compare to brown leaves, the words themselves carry tremendous weight. Look at them as individual words linked together: död/dead, hav/sea, rullar/scrolls. Heavy words indeed, like spiderwebs with endless connections, most especially in regards to mortality and movement, and the curves, waves, effects and trajectories of both. Symbolism and change abound. The leaves and the scrolls then blend into one another, becoming a scroll of one and the same fabric, interwoven — the ancient and the familiar, the new, yet fading, forever entwined. Equal.

To have picked another document would have greatly lessened the poem.

It is certainly possible for the haiku to be a kind of moment, keenly perceived by the poet after a museum exhibition of the scrolls, or looking through reproductions in a book or magazine or something like that, and then having walked out among brown leaves. And there it was. And there it was able to be. It is also possible, however, for it to be a haiku more in tune with the poet’s inner feelings, mood, imagination and/or psyche, playing then with, and making use of, language and all its intricacies and echoes. 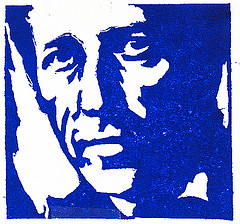