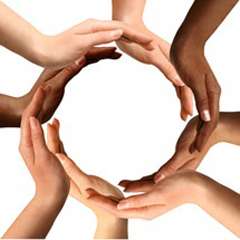 Each day during our celebration we will focus on a single aspect of the Foundation. Today THF Awards Committee Chairman Bruce Feingold discusses the history of the Foundation’s awards programs, and reminds you there’s still time to submit for 2016.

The Haiku Foundation Touchstone Awards were created in 2010 under the leadership of Mark Harris. The purpose of the awards is to reward excellence and innovation in the haiku genre. The awards recognize both individual poems and haiku collections published during each calendar year, and are announced on April 17, International Haiku Poetry Day.

The Touchstone Awards for Individual Poems panel consists of six esteemed haiku poets who each serve a three-year term. Authors may nominate one published haiku by a fellow poet, along with one of their own, each calendar year. Poetry journal editors, both print and electronic, also nominate their ten best haiku per issue.

We average around five hundred nominations, with a high mark of nearly six hundred this past year. Participation from around the world has increased each year, especially from Eastern Europe and India. This year we received, for the first time, several nominations from Africa. The Touchstone Awards for Individual Poems is truly an international affair!

Each judge receives the list of the nominated haiku with the names of the authors removed. Each selects 5 or more from the list to develop a shortlist of 30 or so poems. Placing a haiku on the shortlist is an honor in itself. Several rounds of voting and discussion ensue until the panel arrives at the 5-10 poems deemed recipients. Finally, the judges write commentary about each winning poem winning. I believe this is an especially important part of the Haiku Foundation mission because we gain insight into how superb haiku poets think about the craft and meaning of haiku.

The Touchstone Distinguished Books Award panel consists of five renowned haiku poets also serving three-year terms. Each year we receive 70-80 books, consisting of individual collections, anthologies, and books of haiku theory and criticism, in print and electronic form. In the first round each panelist is assigned one-fifth of the year’s total and nominates three books from his or her allotment. Panelists then discuss their selections as a group, adding or subtracting titles by consensus resulting in a shortlist of some 15 books. Through additional rounds of discussion and voting the panel arrives at the 5-8 books which receive Touchstone Awards or honorable mentions. The panelist then write commentary on their selections and post it with the results.

The Touchstone Awards are a tremendous way to recognize and honor the best individual haiku and books published each year. I invite you to participate by nominating an individual haiku or a book you’ve published during 2016. You can find details on how to nominate books or poems for the 2016 Touchstone Awards on the THF website. Nominations will be accepted through the end of the calendar year. Good luck!

Once a year we ask the haiku community to help us meet our financial challenges. We reserve the period from Thanksgiving through St. Nicholas Day, the time our culture has has set aside to note our many blessings and show our appreciation. Thank you to those of you who have already contributed. If you have not done so yet, please take this opportunity to help us continue our work — details on our donation page. Again this year we have the support of an anonymous angel who will double your donations — for every dollar you commit, the Foundation receives $2. Please help us make the most of this generous offer, and thanks in advance for your support of The Haiku Foundation, and of haiku itself. We wish you a most happy holiday season.