Every book tells its story, but what of the other story, the story behind the book? Bookstories offers an opportunity to tell that story. If you have a story about a book or poem you would like to share, contact us and we’ll help you make it happen. Thanks for letting us know the rest of the story!

My first collection of poetry was with a publisher for chapbooks by beginning writers. When he accepted my manuscript at the end of May, 1974, I was elated. At last, after six years of languishing in journals, my poems would be available in one place for the reading public.

The contract I signed promised that the booklet would be ready in the autumn of the same year. Before the end of summer, the publisher told me that he had booked an evening in mid-October for the launch at a busy library venue for poetry readings. This was a place I went to regularly and where I sometimes read my poems during the open session that followed the scheduled poets. My writing career was taking off.

But, within a week of the launch my collection was still at the printer. The publisher told me not to worry. There was a lineup with several other publications being done for fall release. The day before the launch, however, my booklet still was not ready and my cortisol rose to dangerous levels. The publisher said that he was going to stand by the printer’s side and make sure the booklet was done in time. Nevertheless, expecting the worst, I started to prepare a presentation from the manuscript submitted to the publisher.

My reading was to begin at 8 p.m. and by 7:45 the library’s small auditorium was two-thirds filled. I took the manuscript from my knapsack and rehearsed what I was going to say about the missing booklet. Then, at 7:58, the publisher crashed-in with a cardboard box.

“Don’t worry, here it is,” he shouted. The audience started to pay attention to what seemed like a staged drama, but it wasn’t.

The publisher pulled out a copy and thrust it into my hands. The host of the weekly readings grew visibly relieved and strode to the mike to introduce me before I had a chance to look closely at the booklet. A fleeting impression that the red cover was nice occurred just before I heard my name announced followed by brief applause.

The reading went well and afterwards about seven or eight people lined-up to buy a signed copy of Unwinding. A few of them seemed to frown at the cover, but I paid little heed, being absorbed in greeting and signing. When this process was over, a bunch of us went to a local pub.

Only the next day, after a late breakfast, did I look closely at the cover. It had a face I didn’t recognize. I phoned the publisher. The face on the cover isn’t mine,“ I mumbled dumbstruck.

“Let me check,” he said, and returned moments later. “You’re right. Covers were switched. Your book got so-and-so’s face and his book got yours.”

“It’s too late for that. I shipped copies to 50 libraries and a dozen bookstores this morning.”

“Haven’t heard from him yet. Remember, he’s on the West Coast, three hours behind.”

“Can’t you send the booklets again, this time with the correct covers?”

“Sorry, but I don’t have the time or money right now to redo both of your booklets.”

“Maybe so-and-so and I could help”

“No, it’ll take too long to sort things out.”

The publisher cut me off and said, “Remember, most people don’t know who you are. You’re unknown. The same goes for so-and-so. The faces aren’t identified on the covers. Your names only appear on the title page. Nobody’s going to figure out that a mistake was made.”

And so the two booklets with the switched covers ended-up on bookshelves in homes and libraries. I consoled myself with the thought that one day they might become collector’s items. On April 21, 2015, I checked some online bookstores and found two used copies that were going for $25. With inflation, not a great change in value. 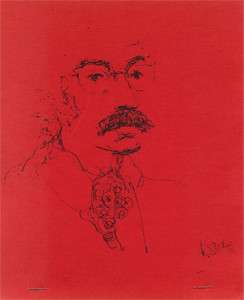