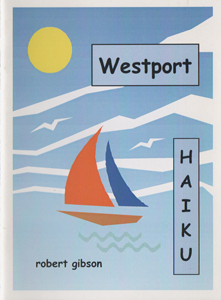 Robert Gibson’s moody poems (Holly House Publications, 2002) are nicely attuned to his moody subject, the fishing village of Westport on the Washington coast, threatened by gentrification and loss of its traditional way of life.