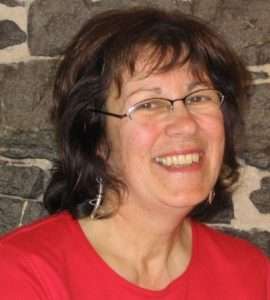 Examples of her haiku in French and English include:

mourning dove
on the guardrail
a woman’s hands