Poet, editor, and psychotherapist H.F. Noyes was born in 1918 in Oregon and wrote prolifically his entire life until his death in April 2010. His poetry and writings were published in the USA, Canada, Slovenia, New Zealand, South Korea and other countries. His biography in the Living Haiku Anthology states that Noyes did not use e-mail and preferred to correspond with other poets through handwritten letters and notes.

In the chapbook’s Introduction Ebba Story writes, “Water or its suggested presence can be found in all the poems. Between Two Waves conveys a wide spectrum of feelings as well as many distinct moments of wonder and beauty. Each poem deserves its own time to reveal the depth of insight H. F. Noyes brings into his writings.”

Examples of his haiku include: 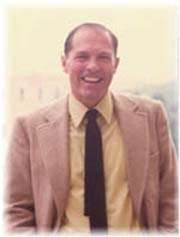 on the hickory branch . . .
belly flop

coursing the Congo —
the long riverbark
propelled by song

breaststroke together —
the creaking water wheel
at the old mill pond

skinny dip —
a touch of starlight
all she wears